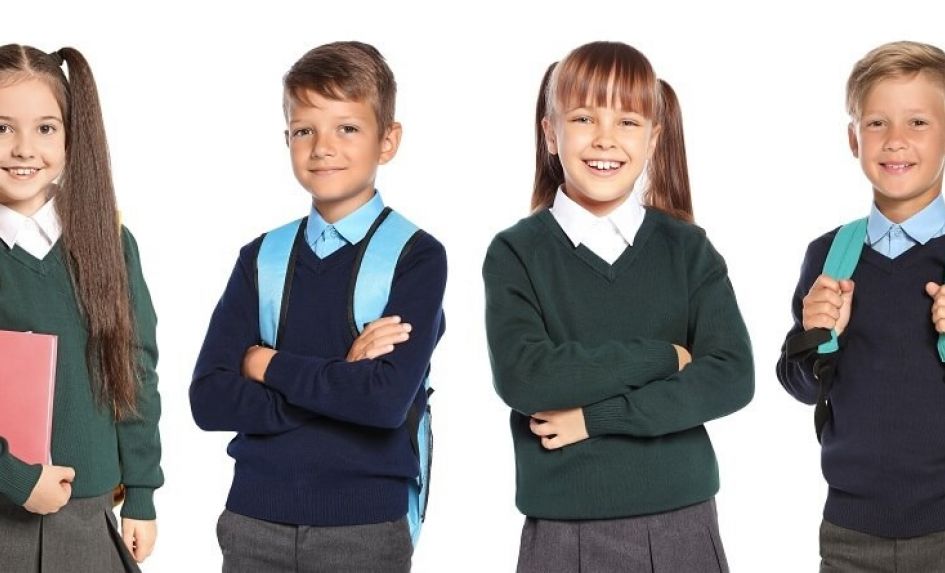 The role of school uniform is under question. Concerns have been raised over its cost, and its potential to limit children’s individuality.

However, not all agree with these criticisms and the debate rumbles on.

There are no doubt some issues, especially when it comes to price: there has been a trend of new, secondary academies favouring expensive blazers over other cheaper forms of school dress, for example.

This issue has recently caught the attention of the government: a bill is making its way through parliament which seeks to limit the cost of uniforms to parents. This is an important step in easing the burden on families. However, the wider issue around cost is not straightforward.

In debates around this topic, a yearly average uniform price tag of £340 per child has been widely quoted. It emerged from the ‘The Wrong Blazer: 2018’ study carried out by The Children’s Society. It turns out the quote of £340 only applies to secondary pupils – for primary children it is £255.

But even this inflates what parents have to pay. Take the primary headline figure – it claims that parents spend £42 on school shoes and an average of £57 on coats and bags. These items can be picked up for much less money. A pair of school shoes can be bought for under £15, and a school bag for a similar price.

A warm coat can be found for under £20, and it is an item that children need regardless of whether their school has a uniform or not. In truth, these figures present how much parents choose to pay on average, not what they have to pay.

Whatever the real figures are, they would likely pale in comparison to the amount parents would spend should we abolish school uniforms. In our society, the pressures to spend more and more are inescapable. Parents feel these pressures acutely. The average spend per family at Christmas is up to over £700 according to a 2019 study by Nationwide.

Moreover, in a 2018 study by eBay, it was found that parents are on average spending over £350 on toys in the run-up to the festive season. If we abolish school uniforms, we open the possibility that what children wear to school will become yet another spiralling expense for parents.

A key benefit of school uniforms is that they help to promote inclusivity. School is not somewhere where children should feel anxious about how they dress: young people have enough to worry about.

Parents also back this notion – the last big study into attitudes towards school uniforms by Trutex in 2017, found that over two-thirds of parents surveyed believe ‘wearing a school uniform puts students on a level playing field and makes their life easier’.

Ultimately, children should be free to concentrate on the things that matter at school: being happy and making the most of their education.

Ensuring that our young people can make the most of their schooling is also central to another key argument in favour of having uniforms: cutting down on unnecessary distractions. The early morning routine for parents is hard enough. What parents most certainly do not need is the distraction of having to decide what to wear for school.

Furthermore, the idea that uniform restricts children’s freedom of expression, is also not so clear cut. For better or for worse, in our working lives, we cannot always wear what we want – as nice as it would be. As teachers, we have a responsibility to prepare our students for this world.

And so yes, we do have to conform a bit to be part of our school community – but that does not mean we cannot celebrate our individuality on non-uniform days.

Moreover, we should not see this as a negative and as a restriction on children’s autonomy. Instead, we should see this as belonging to a school community.

The debate around uniforms will doubtlessly continue and not all schools will get their policy right. However, when done well, with parents’ finances of foremost concern, it can be a tool that promotes inclusivity and helps us to put learning at the heart of children’s time at school.

Matthew Murray is a primary teacher and the creator of the site 2 Stars and a Wish, where he regularly posts ideas for using songs, videos and poetry to teach literacy and guided reading; follow him at @2_starsandawish.