Ofsted Inadequate rating – What do I do next? 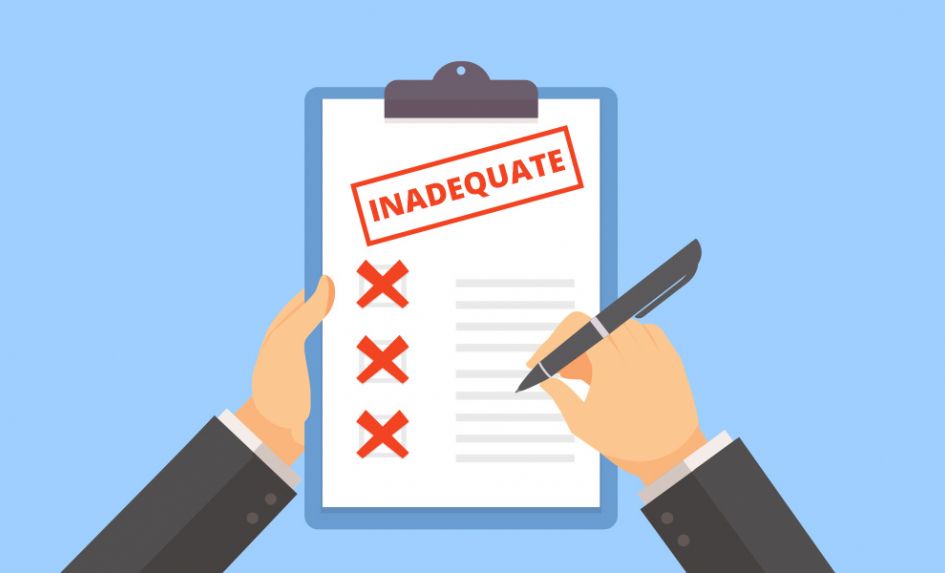 I’m in something of a unique position. Having been at the helm of a school that went into Special Measures, not only am I still in post almost a year later, but it appears to be everyone’s expectation that that should be the case. Few of my colleagues have been given such opportunities. Indeed, some have elected not to take them.

So it’s with not a little humility that I can reflect on the time and events that have passed since the bombshell dropped. There are a number of aspects involved in managing the outcomes of a Special Measures inspection – and to be honest, I got some of them wrong.

I had expected great sadness on behalf of a staff who simply didn’t deserve the outcome they got. I expected demands from the governors, and derision from the community. What we got instead was a great sense of anger at the system and the perceived unfairness of it.

Staff were deeply annoyed at what they saw as inadequacies within the report itself. There was also much ire directed towards an LA that had told us, just two weeks prior to the inspection, that all was well. The governors simply failed to recognise the school they were so proud of. One long-standing governor, normally a calming hand on the tiller, wouldn’t come into school for a month, as she was so angry. We were one controversial vote away from an appeal. I myself voted with the ‘against’ camp.

At first, the community were enormously sympathetic (‘You must be gutted, Mr Willis’) before they too entered an angry phase. Two hours after the report went public, one of our most vocal parents was in my office, his copy of the report covered with notes and wrung repeatedly into a tube, pointing out where inspectors had contradicted themselves: “That is not my children’s school, and not what you’ve built all these years, Mr Willis.”

And then there were the children. We gave copies to years 5 and 6. Year 6 in particular were furious. “They don’t know our school,” they said. “We love it, and this isn’t it.”

A lack of energy

My message to each group was the same – I cannot lead a school fuelled by anger and hate. Yes, unpleasant things had been said, some justifiable. So let’s listen, reflect, and put things right. We have to accept and move on – otherwise we risk languishing in this pit for far too long.

Then you have to manage the energy (or more precisely, the lack of it). At this point I must commend my staff, who have been wonderful. They’ve continued to work hard for the children, attended brilliantly and have been both vocally and quietly supportive of me in many ways. Mysterious bottles of wine would appear on my desk on a Wednesday morning with cards or messages.

Yet it was easy to understand why their energy levels would dip significantly following each new visit or ‘review’ by members of the local authority, who had now become almost permanently resident in our school. What made this even more difficult was the way in which every review left us with nothing tangible to go on, no road map to follow. Each new test, whether it was in relation to safeguarding, assessment, teaching or learning, came back with much the same response – ‘we don’t see the problem’.

Our safeguarding had even been used as an exemplar at a Citywide conference, so it can’t have been that bad. Our teaching and learning was pored over for days by an outstanding (according to both Ofsted and myself) headteacher, who simply couldn’t see the point. After the first morning she turned to me and asked with her characteristic frankness, “Exactly what am I doing here?”

Convincing my amazing colleagues to trudge on through all these events was difficult, but they managed it. I think three things helped. One, the unfailing support of a governing body who refused to get involved in recrimination, only in the way forward. Two, a community that came together and put its weight behind a collective forward push. Three, open and frank discussions between staff at all levels, with a willingness to admit where things could improve.

Two days after the report went public, the academy order arrived in my inbox and I started getting bombarded with calls from the RSC’s office. From the initial staff announcement on that gloomy January day there had been a cloud of uncertainty hanging over the school – and things weren’t about to get any easier.

The Chair of Governors – who had been exceptional throughout – and I decided to be proactive and sought dialogue with other academy chains, many of whom were open as to what they could reasonably achieve and their expectations. Yet we knew that that these discussions were potentially futile, that decisions were being made several rungs up the ladder according to a different, more sluggish schedule.

The one occasion when I became truly aggravated was when it became apparent that I was getting all this information second or third hand. The point came, however, when I had to get on with the business of leading and charting a route forward. Any potential conversion wouldn’t take place before 2018, and we were still responsible for getting the school ready for the coming year.

I decided to try and implement a School Improvement Plan that would make the transition as smooth as possible for everyone, staff included, with the aim of giving them as much protection as I could. Major changes had to be planned in crippling financial circumstances, and unsurprisingly I suddenly became ‘Mister Unpopular’.

Barring some really difficult personal moments and conversations, that’s largely my story. I’d love to tell you it’s plain sailing, but you know it’s not. There were some highlights – notably the way in which we managed to improve our outcomes in almost every department, especially Key Stage 2 – but it’s not an experience I’d wish to repeat.

Far from being negative as to what the future holds, however, I’m optimistic. I’m certain, largely thanks to the way everyone responded, that we have the capacity and the collective hunger to get back to where we should be very soon.