How are schools coping with the coronavirus crisis? 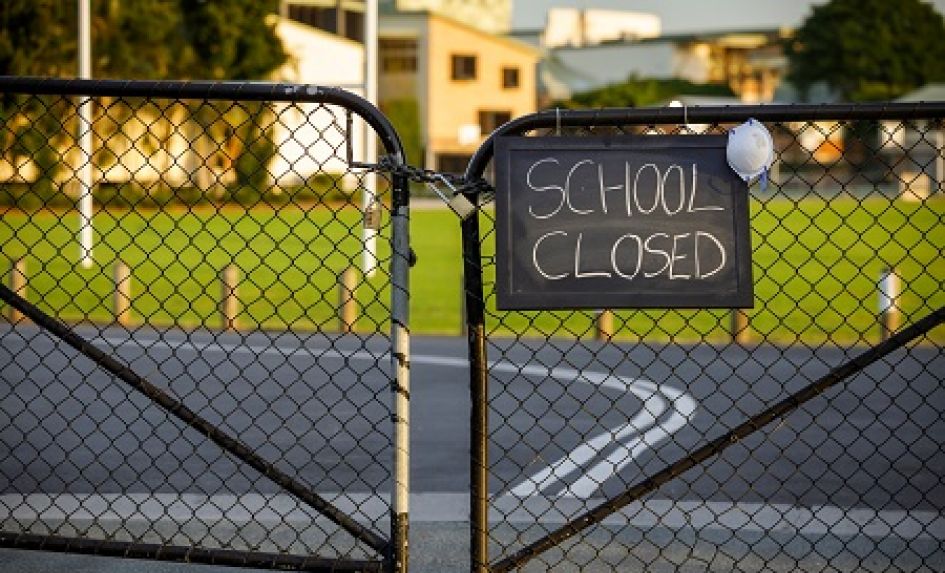 The education system is facing an unprecedented situation as the coronavirus COVID-19 crisis deepens.

The Government’s call to close schools but to still provide care for vulnerable children and those of key workers has led to major planning issues for education leaders, from staffing levels, provision of meals to providing education for pupils attending and at home.

How have our primary schools been coping with the situation?

Once pupils of key workers were identified, headteachers and school business leaders across the country drew up lists of children they thought would be attending classes. However, the number of pupils who turned up was well down on expectations.

Amanda Godfrey, CEO of the Spiral Partnership Trust, consisting of six primary schools in Hertfordshire, said: “We thought we’d get figures of between 20 and 50 in every school. It was more like six to 15 that arrived. But it’s very variable because of shift working patterns. The highest we’ve had on any single day, in any single school, has been 28 and the lowest has been nought. We had one school that went from 28 one day, six the other, and then back up the next day. So it’s a really variable picture.”

And this variation in numbers has seen school leaders and headteachers having to come up with inventive staffing rotas. Teams have been put in place to cover differing weeks and to, hopefully, plug gaps if people fall ill.

But this also has to take into account if the staff themselves fall into a vulnerable category, whether that is having an underlying health issue or pregnancy.

Amanda Godfrey added: “We’ve essentially organised four teams in every school. Team number one is shielded workers - staff who meet any kind of vulnerable criteria - who are set aside for working at home.

“Then we have three role-balanced teams. So each team includes support staff, admin, premises, catering - everything. One team is in school one week and the next two weeks are working from home.

“The on-site team decides every day who needs to come in from that team. So sometimes they arrive and then get sent home again.”

Working online
Obviously, headteachers and school leaders are finding themselves in a situation they haven’t encountered before. The provision of on-site and off-site education is down to each school. And how they provide this is varied across the country. Online platforms, worksheet packages and emails are all being used to try and keep learning on track. Also disadvantaged learners stand to suffer the most with no TAs to assist them, but the vast majority of students also have limited time to adjust to the approach and structure of working from home.

Rick Bell, Head of Education at Texthelp, the global education technology company, has offered this advice: “For many primary schools, this is uncharted and unprecedented territory. However, EdTech tools can provide the means for building a tech-enabled ‘at-home’ strategy which will keep students engaged and without hindering their learning.

“In the short term, teachers shouldn’t send video lessons for students to consume without interaction - this will be a lonely, difficult and disengaging experience. Teachers should instead explore interactive remote learning tools like Google Classroom, YouTube and Meet, Microsoft Teams and Office tools online.”

It is still early days in the coronavirus COVID-19 shutdown and schools have responded in various ways to enable the continuation of education.

Louise Smith, CEO of Warrington Primary Academy Trust, a MAT consisting of six primary schools in Warrington and Widnes, said they had been using Microsoft Teams to upload and provide live streaming of lessons: “We have been discussing how successful it has been. There are variances but one of my schools, Penketh Community Primary, has had a 98 per cent login to the live streaming to their lessons on literacy and maths. There is a proper live exchange between staff and children. They can also comment and type in questions while the lesson is going on and the class teacher can see that and comment back to the children. Initially, we’ve asked staff to do at least two lessons in the mornings, but we haven’t limited them.”

Distance learning in itself brings up a number of issues from safeguarding to the mental health and wellbeing of both pupils and staff. The NEU and the NSPCC have both offered guidelines on these issues to headteachers and school leaders.

“Teachers working at home must be given workloads which are reasonable and sustainable, and this must be negotiated with the staff. Normal education is currently suspended, and teachers should not be teaching a full timetable, or routinely marking work.

“The NEU guidance on distance learning makes very clear what should be acceptable levels of workload.”

The NSPCC’s guidelines include that schools should check that everyone is able to contact the nominated child protection lead and deputy if they have any concerns about a child. This child protection lead should keep a note of any contact numbers they may need while the school is closed - for example, children’s social care and the local police.

Mind the gap
In a survey completed by Teacher Tapp it was revealed that half of state primary schools have set work via online learning platforms, whereas the other half have provided physical workbooks/worksheets.

Amanda Godfrey is concerned that distance learning could lead to a widening of the gap in education between families that fully engage with this new way of learning and those who don’t.

She said: “We’ve got a team ringing people up every day. If they’ve been identified as at risk, not responding to us or not going online to do the work set, then teachers are phoning them up.

“We have got such good engagement from some families and some that just haven’t engaged. And the gap between the two is really going to widen and that’s a real issue. And the other thing that’s really concerning us, is a lot of our vulnerable families have declined the opportunity to come in.

“We’re contacting them. We’re still carrying on with our safeguarding. We are registering them and logging any concerns with our pastoral team. One of our pastoral team is running a worry blog, kids are posting their worries and she’s responding to them. We know they’re there but whether they’re engaging in an educational manner is another matter.”

Virtual School
Online offerings are being used to keep a sense of school community going. Everything from workouts to assemblies are being shown to keep pupils engaged with their teachers and classmates.

Gary Spracklen, headteacher of The Prince of Wales School, in Dorset, is running #InspiredToLearn Virtual School! on their school YouTube channel. They are sharing work, activities, pictures of assignments and even a morning show with DJ Spracklen.

He said: “We are doing daily broadcasts to our pupils through Facebook and YouTube. We’re just using the standard YouTube service. We are making sure parents are staying with their children when they are watching, we’re making that a clear directive. We are making sure it is something to be enjoyed as a family. We’re loving it – children are sending in the work they’re doing when we are broadcasting and it’s helping us to keep that sense of community.”

The school is providing three live broadcasts a day, Good Morning POW, an assembly at 11.20am and an afternoon show called Today at POW. The afternoon show sums up all the learning the school has undertaken during the day. In between the shows, they are setting whole school challenges – such as designing a treasure map – and examples of work are being shared as well.

Gary Spracklen added: “We’re trying to keep the core learning programmes as much as we can in the mornings, then in the afternoons we can be much more creative with our timetable.”

Teaching assistants at the school are also making daily welfare calls to check if pupils have everything they need and sending out packs to homes if people need resources.

Vouchers
But schools aren’t just tasked with the educational needs of their pupils. With schools closed to pupils whose parents aren’t key workers, the provision of free school meals to children who need them still needs to be undertaken. Schools are either providing meals themselves or a voucher system for local supermarkets.

Louise Smith, CEO of Warrington Primary Academy Trust, said: “We are giving, and this has been agreed across the borough, a voucher of £20 per child, per week, who qualifies for free school meals. We are issuing E-vouchers that parents can use at big stores like Sainsbury, Asda, Morrison and Tesco.”

However, this is a fluid situation and aspects of the response across the board will change as we move forward with this crisis.

Amanda Godfrey, looking ahead, can see some complications: “The real issue is going to be motivating and sustaining this long term. I think we’ll definitely get to Easter. But after that what is our new normal going to look like?”