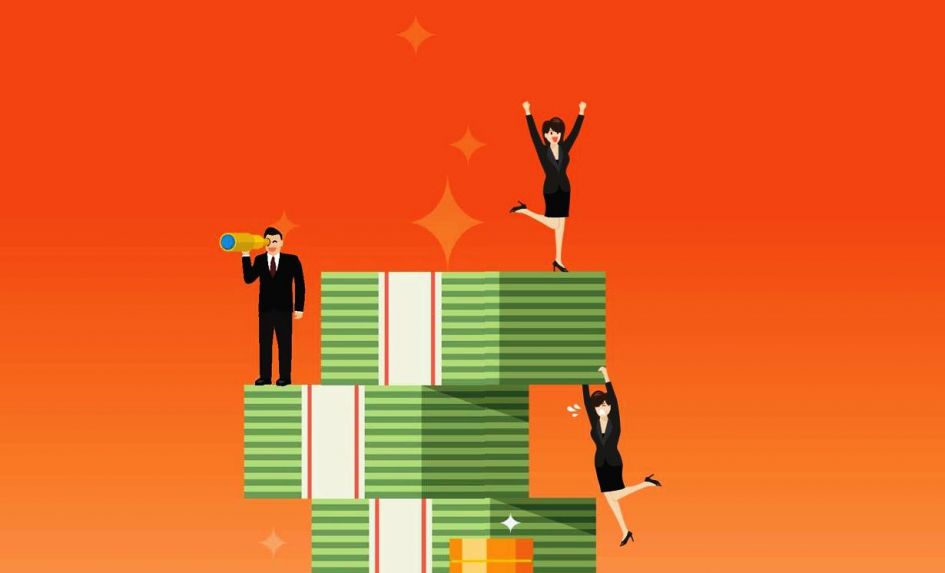 Teachers have a physically and emotionally demanding job – no one can deny that’s true. The stresses and strains of daily life combined with teaching often require a superhuman effort to keep body and soul together.

Job security with enough money to pay the bills goes a long way with employees, and teachers are no different. I firmly believe that when staff are happy in their role they can focus more on educating children. That’s why governors and school leaders have to square the issue of fair pay and current funding.

We’ve all been told that schools ‘are being funded to a higher level than ever before’, while at the same time ‘schools don’t have enough funding’. The politics surrounding school funding has been a hot topic for a while now – there may well be more cash in the system than ever before, but perhaps not enough to cover what schools are now expected to do.

I don’t intend to rehearse here the pros and cons of specific government policies, but the broader issue of school funding matters to me a great deal. I care about this stuff, and have done for some time – I’m old enough to have seen first-hand the budget squeeze schools went through in the 1990s. That’s the backdrop against which primary school salaries have to be examined, since budgets and salaries are inextricably linked.

Schools generally run lean, getting maximum value for money from their service level agreements and contracts. Most schools won’t have substantial reserves, unless they’re saving up for a new roof, boiler or other major expense. This is where a good school business manager is worth their weight in gold – every penny saved on that contract can be used to directly fund school resources and staff salaries.

When money becomes tight, the first area to be reviewed is always resources – even though this usually accounts for just 10% of a school’s overall budget. Teachers will complain to the ends of the earth about their lack of glue sticks and similar items, but consumables like that will always be reduced first because the amount a school spends on them makes a difference, and can be addressed quickly. The problem, however, is that saving money on resources can only have a marginal impact when salaries form the vast majority of a school’s expenditure.

Primary schools generally spend between 80% to 90% of their budget on staff salaries, and that’s the right thing to do. Investing in the best quality staff to deliver fantastic education is what schools ought to be about. Yet schools also need a range of staff at different points in their career. It’s just as difficult to be a successful school with a teaching team composed entirely of NQTs as it is for them to all be experienced teachers. Both extremes will have education and budget implications.

Teachers have a pay system that directly links their achievements to increments and pay rises, and the same applies to headteachers and the SLT. Done fairly and openly, this system lets teachers know where they stand, and it’s important that this link between performance and pay be maintained. Teachers work hard, and should therefore continue be awarded pay increments, even when budgets are tight. Yes, I’ve seen teachers move from MPS5 up to UPS1, which is only fair since that’s what was agreed when their pay structure was introduced.

This has, however, led to some well-publicised cases where teachers are either paid ‘0.9’ of their salary and work full time, or the school reduces the working week to 0.9 (four and a half days). Both approaches will reduce a school’s overall wage bill by 10%, but I very much doubt whether those teachers’ workload will reduce by a similar amount.

I’ve also heard of schools asking their staff to trade a 10% pay reduction in return for no redundancies. Are these ethical or moral ways to reduce budget shortfalls? Or are they relying on staff goodwill to plug gaps that should have been met by central government funding? These are big questions that call for a national conversation about what schools can realistically deliver within a given budget.

Many schools have seen an increase in the size of their SLTs over the last few years. People look at those teams and typically assume their members receive increased pay for the amount of extra responsibility they have. That used to be so, but it’s less the case today. Teachers will now often take on senior leadership roles in order to facilitate their career progression, with no accompanying pay increase.

In one sense, a flatter leadership structure like this could actually have benefits for all concerned, but it has to be both meaningful and fair. Simply shifting an unrealistic workload from the headteacher to other staff in order to spread the burden won’t work in the long term. Having said that, people often point to the rise of executive headteachers and the pay they receive.

Indeed, many EHTs will be paid more than the headteacher of single school, but proportionately, an EHT’s pay will be spread across a number of different schools, resulting in a lower salary cost per school.

One of the most hotly debated topics around primary school salaries at the moment is MAT CEO pay. It’s a thorny issue, and the salaries concerned span a huge range that stretches from £60,000 to £400,000. The problem here is that there’s no benchmarking guidance for the MAT boards who decide what a MAT CEO’s pay should be, and no formulae to help determine a CEO salary range.

The upshot of that has been a free-for-all when it comes to CEO pay negotiations, with gifted and effective negotiators doing extremely well. The situation has recently come under some scrutiny, however – especially in cases where a MAT has given significant pay rises to its CEO while making other staff redundant. Is that moral? Is that the educational outcome we want to see?

So, do primary schools have a ‘salary problem’? No, but they do have issues with funding. That’s not a political jibe, but rather the opening for what should be a wider debate on what we can do with the money we’re given.

We need to start a national conversation, so that everyone can understand what schools are able to provide given the money they have. By asking ourselves the questions below, we can perhaps begin resetting the nation’s expectations.

We can only do so much with what we’re given, but there are questions here that we need to explore.

Martin Matthews is a chair of governors and national leader of governance.