Tackle the Impact of Staff Bullying 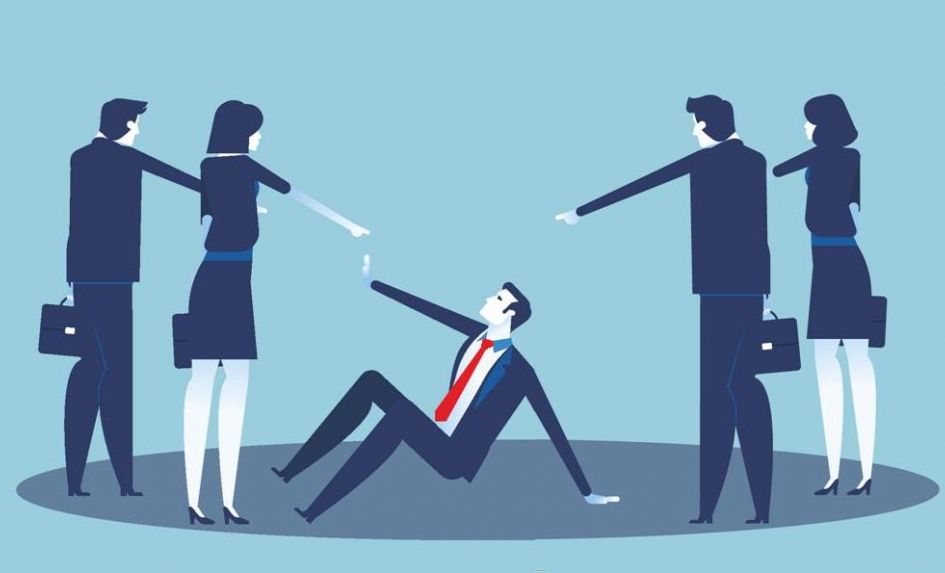 For some teachers, the summer break is less of a holiday and more of an essential sanctuary.

These teachers will be desperate for the end of July and its promise of escape; in some extreme cases, they’ll be suicidal and in desperate need of professional help.

These teachers are the victims of bullying. Not from children, not from parents, but from their fellow colleagues. In most cases, the bullies in question will be school leaders or members of SLT. Some might be chairs of governors, or chairs of the board of trustees. A smaller number may be line managers.

The bullies hide in plain sight. Everyone knows who they are, but it’s often the case that whistleblowing carries with it the risk of serious consequences. Instead, everyone keeps their heads down, gets on with their work and hopes to avoid becoming the next victim.

In his 1976 book The Harrassed Worker, Carroll M. Brodsky describes bullying as ‘A repeated and persistent destructive process of attempts by one (or several) person(s) to torment, wear down, frustrate, get a reaction from another or exclude him or her from the work environment.” In a 2007 article for The Psychologist, Susan Cartwright and Cary L. Cooper, see it as “The accumulation, over a long period of time, of hostile proposals (and behaviours) expressed by one or several people towards a third person at work (the target).”

What distinguishes bullying from other aggressive behaviours is its persistence and the power imbalance between the bully and the victim. Cartwright and Cooper identify a number factors within the workplace environment that are associated with bullying, including a high level of competition, radical change, a climate of insecurity (such as the threat of redundancy) and hierarchical structures.

Compounding these can be a strong, ‘macho’ style of management, low levels of staff participation or consultation, excessive work demands and, unsurprisingly, a lack of procedures for tackling bullying and harassment issues. It’s worth noting that those factors were also highlighted by Dr Helen Woodley and Ross Morrison McGill’s 2018 book, Toxic Schools: How to Avoid Them and How to Leave Them.

“He was a monster to us all”

In June this year I created a confidential, anonymised survey on bullying and harassment and promoted it via Twitter and LinkedIn. It had received 90 responses by the time the schools broke up for the summer, and appeared to indicate that bullying as a sub-section of wellbeing is a great concern among a significant minority of teachers.

Thankfully, the overwhelming majority of schools are led by headteachers and middle leaders who do everything they can in the most difficult of circumstances to look after their staff. However, the responses by some teachers to my survey painted pictures of destructive environments that are destroying teachers’ lives.

When asked to describe how they had been bullied, one response read as follows: “Chair of Governors persistently harassed, intimidated, threatened and caused huge anxiety at all hours of the day and night, including a 2.15am phone call and late night and weekend emails designed to cause distress.”

Other quotes included, “I was observed every day until I resigned. I never received written feedback,” and “Undermining and repeated jokes about my competence, size, age over a period of years.”

The survey also heard from a teacher who wrote “He would yell and scream and come right up against your face with accusations … he would yell at staff in front of the children … he was a monster to us all. Out of 15 new starters in September, nine of us left by December because we couldn’t take it any more, or he had fired them in a fit of rage.” In a caring profession, it’s shocking to come across adults who behave towards other adults in this way.

The bully seeks to gain control by creating a condition of powerlessness in the victim, both in terms of the relationship between the two of them and in relation to the victim’s wider position within the workplace. One manifestation of this may see the bully frequently ridicule or criticise a colleague’s work and attempt to isolate them from their colleagues. If you’re the victim in this instance, what can you do?

However limited you feel your control to be, take some of it back for yourself. Victims of bullying can sometimes be so emotionally drained that they perceive the bully as able to influence every aspect of their life, but this is never the case. There will always be parts of your life over which the bully has little or no control.

That includes control over what and how you teach. Where you eat your lunch. Who you speak to. When you leave and arrive each day. What you do in the evenings. How you relax at home. The time you allocate to self-care at weekends…

Every bully has their own pattern of behaviour. Prepare responses to use the next time the bully singles you out, such as ‘When you say that, I feel you’re devaluing my work’ or ‘I’m not prepared to accept this kind of behaviour. Can we pick up the conversation again when you’re not as aggressive?’ The act of preparing such a statement, and knowing you have it ready, will make you feel stronger and help break the link between the bullying behaviour and your own feelings of powerlessness. Over time you’ll be able to intensify the strength of opposition to your bully, and as this opposition builds, your bully’s response will start to diminish.

Another strategy is to respond in writing to an issue raised by a bully, email it to them and ask for a meeting to discuss it. You then have a document to support you during the meeting, rather than making your sole focus the emotionally charged meeting itself. Consider whether you might benefit from having a union representative or a close fellow teacher sit in – someone able to take an objective view of what transpires during the meeting and prepared to intervene in order to keep things on track. Bullies don’t like to be confronted, as it reduces their power.

You will, of course, need to consider how the bully will respond to being opposed, and weigh up the benefits and disadvantages of standing up to them – particularly if there’s a risk of reprisal. Ask yourself, ‘What are the benefits of using the statement I’ve prepared, as opposed to not using it, the next time I’m bullied?’

Bullies rely on their victims’ silence, isolating them from colleagues who may in turn be afraid of reprisals if they defend you. Find out if any of your other colleagues have been bullied before and try forming a support group. Together, write a letter outlining the bullying to your school’s headteacher and/or governing body. If you’re based at a trust, contact the CEO and/or executive headteacher.

To prevent individual teachers from being singled out, credit your letter to the ‘Anti-Bullying Support Group’ or similar. Refuse to attend any meetings to discuss the bullying individually and instead insist that the headteacher or chair of governors meet with staff as a group.

If it’s your headteacher who’s the bully, write the letter using the second person ‘you’, describe how he or she is behaving, the consequences of their behaviour and copy in the chair of governors, chair of the board of trustees, executive principal or CEO as appropriate.

Finally, if you’re unable to stop the bullying despite your best efforts, it may be time to consider moving on.

Steve Waters is the founder of the Teach Well Alliance and a Founding Fellow of the Chartered College of Teaching; the views expressed in this article are his own

I have created an online community network for adult victims of bullying within their schools. As well as providing a space for members to share their experiences and seek support, the Safe Space Alliance also includes a school accreditation scheme.

By displaying the Safe Space School accreditation logo on their website, prospective applicants, pupils and parents can receive extra assurances that your school won’t tolerate bullying of any kind, among both children and adults alike. Further details and entry forms can be found here.

Steve Waters is the founder of the Teach Well Alliance and a Founding Fellow of the Chartered College of Teaching; the views expressed in this article are his own