Should your School Switch to Solar Energy? 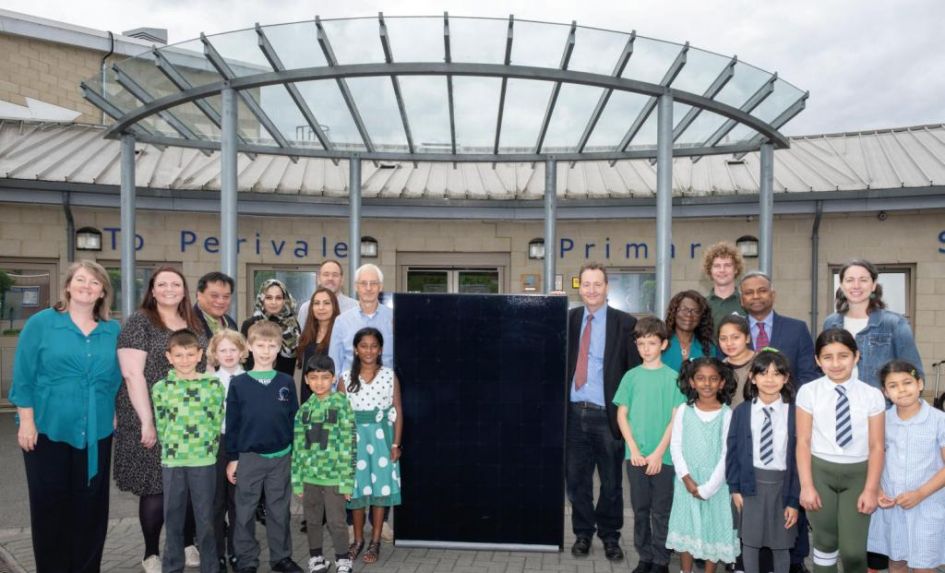 Last month found the Schools’ Energy Co-operative in a celebratory mood, having seen Perivale Primary School in Ealing (pictured) become the 50th school to install a solar panel system with the organisation’s assistance.

The not-for profit scheme aims to help schools cut carbon emissions while generating clean solar energy, reducing their utility bills and potentially generating revenue. Under the Schools’ Energy Co-operative model, the installation costs of each system are covered by Share Offers made to members of local communities and supporters of community energy generation via a process of crowdfunding.

Perivale Primary School’s participation in the scheme came about through the efforts of local sustainability group Ealing Transition. Having worked alongside Ealing Council to identify suitable schools for the scheme, Ealing Transition subsequently partnered with the Schools’ Energy Co-operative and participating schools, including Perivale Primary, to offer parents and residents the chance to invest in the solar panel schemes.

The Schools’ Energy Co-operative’s offer to schools usually consists of a deal whereby the school receives a 20-year fixed electricity charge of 9p/kWh (compared to a typical rate of 12-13p). Should the panels then produce more energy than the school requires, the surplus is fed back to the National Grid, with any proceeds received by the Schools’ Energy Co-operative profit-shared with the school and crowdfunding investors.

According to Mike Smyth, volunteer chair of the Schools’ Energy Co-operative, “Installations not only save schools money on their electricity bills, they importantly normalise green energy. Children see a practical example of how renewable energy works, and the topic becomes a school gates conversation for parents and grandparents, demystifying the energy sector and showing a way to help tackle the climate emergency at a local level.”

However, the progress made by the scheme so far may be affected by the closure in March this year of the Feed-in Tariff – a form of government subsidy that would pay solar system users for the electricity they generated and any surplus electricity that could be exported back to the National Grid.

Its replacement, the Smart Export Guarantee, is due to come into effect next year and will require energy companies with more than 150,000 customers to buy excess electricity generated from solar and other renewable energy sources.

However, the payments will only apply to electricity exports, rather than all generation, and the tariffs offered will vary between providers. Users will also be required to have a smart meter installed before their exports can be tracked and paid for.

As Smyth notes, “Now only schools that fit a particular, narrow criteria in terms of geographical position and type of roof will be able to develop financially viable schemes. We, along with others in the community energy sector, are calling on government for the reinstatement of the Feed-in Tariff or an alternative policy solution that supports community organisations working to make publicly owned buildings more energy efficient and powered by renewable sources. It’s a clear way to show young people we want to invest in a sustainable future for them.”