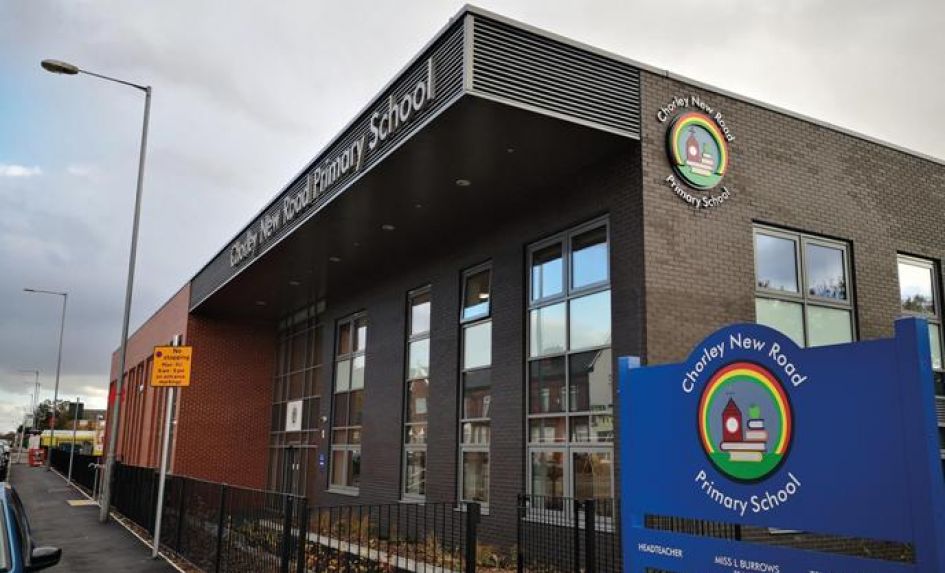 Rising pupil numbers may be continuing to drive the need for bigger schools, but the chance to play a key role in the large-scale expansion or replacement of an existing site remains one that only a select group of headteachers get offered.

This certainly wasn’t lost on Linda Burrows, headteacher of Chorley New Road Primary School in Bolton. In early 2015, six months into her headship, the call came through from Bolton Council that a new school would be opening in their area, and that it would take the form of an entirely new building at the existing Chorley New Road Primary School site.

As Burrows recalls, “I fully embraced the opportunity, because not every headteacher will encounter something like that in their career. How often do you get the chance to help design a school?” Thus began a process that involved around two years of planning and development, followed by a year of construction – plus a multitude of meetings, of which Burrows estimates she missed only five.

A key factor behind Bolton Council’s decision to go with the Chorley New Road site was that it included a portion of land that could be built on in a way that allowed the school to remain open throughout the project’s development, albeit without the use of half of its playground and an outside area set aside for use by its EYFS provision.

Overseeing the planning and building of the new school was the construction and property services company, Willmott Dixon. According to senior building manager Josh Heavens, the site works went largely as planned, with just a couple of areas where the Willmott Dixon team needed to make some adjustments. “The new building sat directly behind a number of residential properties,” he remembers. “We received some complaints from local residents that the new playground was going to overlook the ground floor of the houses, so the council instructed us to add a large hedge that ran the full length of the school building to provide additional privacy for the neighbours.”

The only other practical issue of note concerned the school’s foul sewage connection. “When we came to excavate the ground we encountered an exceptionally large amount of live services that we had to dig beneath,” Heavens recalls. “It was a challenge that took a number of weeks to solve, but we managed to get it connected after going considerably deeper than we’d initially expected.”

To help the school run smoothly while the works were underway, efforts were made to ensure that site’s entrances and exits well separated, and that deliveries were managed in a way that avoided the school’s daily pick-up and drop-off times.

One notable aspect of the project was the extent to which the school took advantage of the learning opportunities it presented. The site was securely cordoned off and protected by high fencing as one would expect, but a section of the perimeter close to the existing site’s early years and reception classes included windows that could be opened and allowed the children to watch the progress taking place inside throughout the year. The school also organised a ‘school safety council’ made up of pupils that made regular visits to the site, took pictures and gave assemblies on how the project was advancing with help from the Willmott Dixon team.

“Willmott Dixon were advised that the whole school was going to play a part in the project, which they fully embraced,” says Linda Burrows. “We used the new build to teach the children lessons around health and safety, linking content to what was happening next door. At every stage we held open mornings for parents who wanted to come and see the plans for themselves, and how the new school was coming along.”

The new building was finally opened in September 2018, with work on the construction of a large staff car park, the refurbishment of two existing playgrounds and the installation of a multi use games area set for completion in March 2019.

Housed within a rectangular exterior, the new two-storey Chorley Primary School building is bisected on both floors by a central corridor. The two classrooms for each year (EYFS to Y2 downstairs, Y3 to Y6 upstairs) sit adjacent to each other, either side of a shared storage area and WC. Each year is also assigned a cutaway space that’s open to the adjoining corridor and observable through windows in both classrooms, which can serve as break-out areas or accommodate interventions. The dimensions of the spaces and the windows enable those using them to feel some connection with the classrooms either side, while in turn allowing the teachers to monitor what’s going on.

As Burrows notes, “The layout makes crowd control easy. With the lack of nooks and crannies and windows into the breakout areas, there are no hiding places. It’s a big school, but because of the how it’s been designed, there’s nowhere for children to get lost.”

Careful thought also went into keeping out the noise of the frequently busy Chorley New Road, part of the A673. The school’s offices, plant areas, kitchen and other non-pupil areas were positioned on the ‘road’ side of the building, allowing windows to be opened in classrooms with little to no chance of hearing traffic noise, while the modern glazing deployed in the ‘roadside rooms’ works to keep noise pollution to minimum.

Having now had time to settle into the new space, how have the pupils found it? “During that first half term in the new building, things felt quite quiet,” says Burrows. “I think it was because the children were in shock at how different it all was. They’d come from a Victorian school, and some had never been inside a school – or even building – like this before. It’s beautiful, and shows that you have to have high expectations in life – that this is what you can produce with hard work.”

Prior to 2015, Burrows had never been involved with a capital works project before, let alone one of such scale. One recollection in particular near the end of our conversation drives home just how proactive she was determined to be throughout the process: “We’d been looking at the plans with the Willmott Dixon team, and there were areas of the school that had been left blank,” she says. “There was a void in one of the upstairs ceilings, so I asked if it was possible to put in a false floor and they did. We’ve since made that space a combined food technology area and meeting room that we can also use to generate revenue by hiring it out.

“Once you know that a project like this is going ahead, you get to decide as a headteacher how much input you’re going to have. You can sit back and just let things happen, or you can choose to get fully involved.”