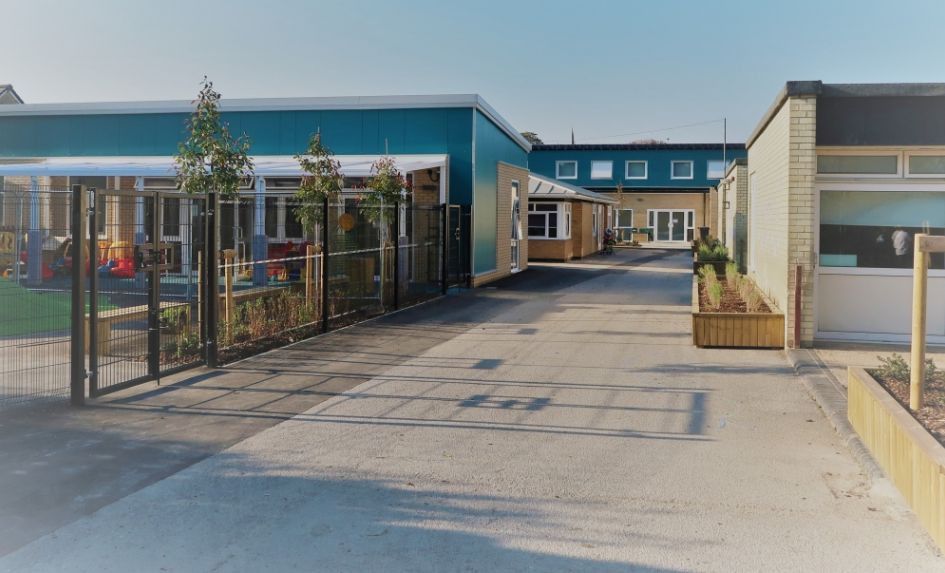 SW: The project to expand the school came about in response to plans for a large new housing development in our village. At the initial meetings with our LA, Cambridgeshire County Council, we discussed potentially changing our pupil roll from 1.5-form entry to 2-form entry. We then met with an official assigned to oversee the project who visited the site and discussed with us what we’d want if we were to redevelop the site, and what was most important to us as a school.

AC: We became involved after a high- level feasibility study had been carried out, which formed the basis of the tender. The first step for us was to review that proposal, examine the existing school buildings and see how viable it was. Cost played a part as well; we obviously had to ensure it was a buildable solution for the budget available.

SW: The school was first established in 1855 and still includes a very old part of the original building. It was later expanded throughout the 60s and 70s, to the point where it consisted of three separate buildings, plus a mobile classroom. That meant there was little cohesion, or sense of us being a unified school. There were no covered walkways between the buildings, which made for challenges on days when it was raining.

AC: The need to redevelop the adjacencies of those existing buildings posed an interesting challenge. It was originally proposed that the library be moved into an another part of the existing school, away from an ICT suite in the central block, but ideally those two facilities work better when closer together. We therefore looked to locate the library in a more central position, positioned directly off a main corridor, which made it feel more like part of the school, rather than being tucked away. 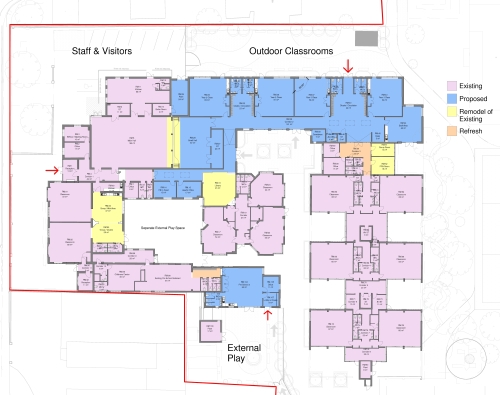 SW: We had a project manager who acted as liaison between Kier, the architects and ourselves. At the building preparation meetings she led, there was very much a sense of ‘We’ll try to preserve your school life as much as possible.’ We proceeded to meet regularly and discuss which parts of the site Kier needed access to and when, what it would mean for us and how we could work round the disruption.

AC: Kier appointed a landscape architect that worked alongside, which involved walking the site, coming up with ideas and essentially arranging the site to suit the building. That resulted in the addition of outdoor teaching spaces and the designing of a new playground.

SW: The biggest challenge for us during the build getting from one building to the next, which complicated simple tasks like visiting the main office. The staff and children ended up using what came to be fondly known as the ‘Rocky Road’ - a shingle path that ran around the perimeter of the site.

AC: The school mentioned to us that one of their regular pupil surveys had shown the only place where pupils felt a sense of vulnerability was in the toilets, which prompted a review of our initial toilet layout design in the new extension.

Following further discussions, the layout was amended and the doors from the corridor were removed, ensuring that basins and main circulation areas could always be observed from the adjacent circulation areas, thus providing a self-policing zone with natural surveillance of the toilet area from staff or pupils passing by.

AC: I believe the end solution has worked well in tying the existing building and facilities together.

SW: The new build has meant that our buildings are now properly connected. If you imagine the letter ‘E’ – the top, middle and bottom ‘prongs’ were the old buildings, and the ‘backbone’ is the new addition. Our staff room and library have both moved, so that the library is now at the heart of the school and easily accessible to all year groups, which is wonderful.

AC: Getting the footprint of the building and the spaces’ adjacencies agreed early, and having the school come on board and recognising the benefits of the design was our main positive takeaway from the project. The extension has brought a site-wide sense of connectivity to the school, which is the most satisfying thing – this bringing together of three differently-aged buildings via a solution that worked.

SW: It’s brought us together in a way that I didn’t imagine it would. It’s great being able to get from one part of the school to another without having to go outside, and feeling this sense of connection, of being together again – It’s really lovely.