Discrimination in school – Dealing with prejudice at primary 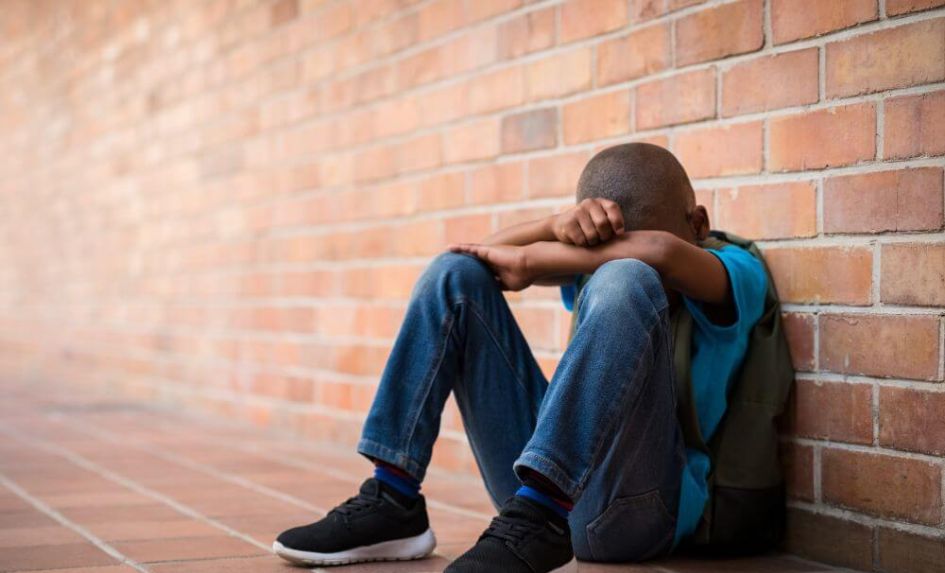 We work with Key Stage 2 pupils to give them a holistic understanding of what prejudice and discrimination is, how it forms and the consequences.

Our main focus is on ‘low-level’ prejudicial language, such as ‘don’t be so gay’, “that’s girly’, based on our pedagogy from a concept known as the Pyramid of Hate.

The Pyramid is an illustration of the range of biased behaviours, growing in complexity from stereotyping and belittling jokes at the bottom, to violence at the top.

Like a real pyramid, the upper levels are supported by the lower levels.

If pupils, or schools and teachers, treat incidents on the lower levels as being acceptable or “normal,” it results in the behaviours at the next level becoming more accepted.

The Pyramid of Hate therefore demonstrates that discrimination and violence against minority groups is built upon the acceptance of conduct described in the lower levels of the pyramid.

The aim of our work in primary schools is to nip biased behaviours in the bud.

We want pupils in their formative years to have a good understanding of why teachers and others pull them up on this language so that, firstly, it can stop it developing into worse problems later in life and, secondly, they can create a self-policing culture within their friendship groups, so they can help each other with their understanding of what are inappropriate jokes or comments.

We believe that the majority of pupils who make these comments are not racist or sexist but simply lack the understanding needed to not repeat comments they have heard elsewhere.

Dealing with prejudice in the primary classroom provides us with a unique challenge found in our sector.

It is safe to say that majority of pupils who come out with these comments have picked it up elsewhere in the community, rather than formed the opinion themselves, and are just reusing it.

Many teachers we work with report that when pupils come out with these comments, they use a different ‘voice’ that is not their own.

Pupils living in prejudicial environments have two options growing up. One is that as they learn more about the world, they can start to realise that these opinions are problematic and unhealthy and then remove them from their outlook on life.

The other option is to look at who they are hearing these comments from, parents, siblings, best friends – the people they love most in the world – and refuse to believe that the people they trust the most, can be wrong.

So instead of rejecting these views, they find ways to rationalise and internalise them. The unique challenge this poses to us in the classroom is that when we pull a child up on making these remarks, we are not just asking them to reflect on themselves, but to go home and tell their parents/guardians that they are wrong.

This is a big ask of any young child.

However, there are ways to do this, and our Education Unit provides free CPD training on such matters.

When looking to challenge prejudice in a primary classroom, one important aspect to consider is how humans understand the world.

It is worth looking into your early years teaching practices for advice.

Humans are emotional creatures and we understand the world through emotions responses first, rather than cognitive reactions, and our early years’ curriculum often reflects this. When dealing with prejudice it is important to remember this.

Tapping into the emotions of your pupils, especially their empathic understanding, is really important when tackling prejudice.

Try and get them to empathise with the victims of the comment, by asking pupils how do you think it makes them feel.

Stories and anecdotes are a great way to deal with racism in primary pupils, as it should help them relate on a deeper level and ensure that what they learn stays with them for a longer period of time.

We also promote a whole-school approach when dealing with these issues. Being sent out of the classroom to speaking to a senior leader or the designated safeguarding lead can be extremely intimidating and end up causing the pupil to reflect on how they feel, whether it’s upset, angry or embarrassed, rather than the consequences of their actions.

Dealing with it there and then can be a much more effective way of ensuring the pupil fully understands why they are being pulled up for their behaviour.

It is worth reflecting on which members of staff are most likely to overhear these comments. Are the catering and site staff given the right training to deal with these issues along with the teachers and TAs?

The extreme right has its own language and customs that is worth knowing about.

The language has evolved quite a bit in the past few years, especially around the Involuntary Celibate (Incel) movement, to a point where we think that pupils could be openly talking about extreme material in the classroom without the teacher being aware.

This is why we produced our Signs of Hate book, to help get the education sector up to speed with the new words and logos of extremism.

A copy of Signs of Hate has been posted to every secondary school in England and Wales, but it would also help primary heads to identify some of this terminology.

Although racism is certainly prevalent in primary schools, actual extremism is pretty rare. So, while it is unlikely that a pupil at primary school would be fully involved with the movement, with the ease of access to extremist material online it is possible they could come across the material and lack the understanding of how dangerous it is.

We would advise schools to keep on top of various extremist themes so that if any pupil does mention it, it can be spotted and dealt with. If you need help identifying these themes, please contact us.

What training and resources does Hope not Hate offer?

We offer free CPD sessions and classroom lessons in primary schools, covering three areas – how to deal with prejudice in the classroom, a deeper understanding of structural prejudice, and a safeguarding session around the extreme right (which covers part of the required Prevent duties).

Owen Jones is director of education at Hope not Hate Charitable Trust. To learn more about Hope not Hate’s Education Unit and to get in touch, visit hopenothate.org.uk/communities/in-schools or follow @HNHeducation on Twitter.