What Does a Staff Salary Rise Mean for Your Budget? 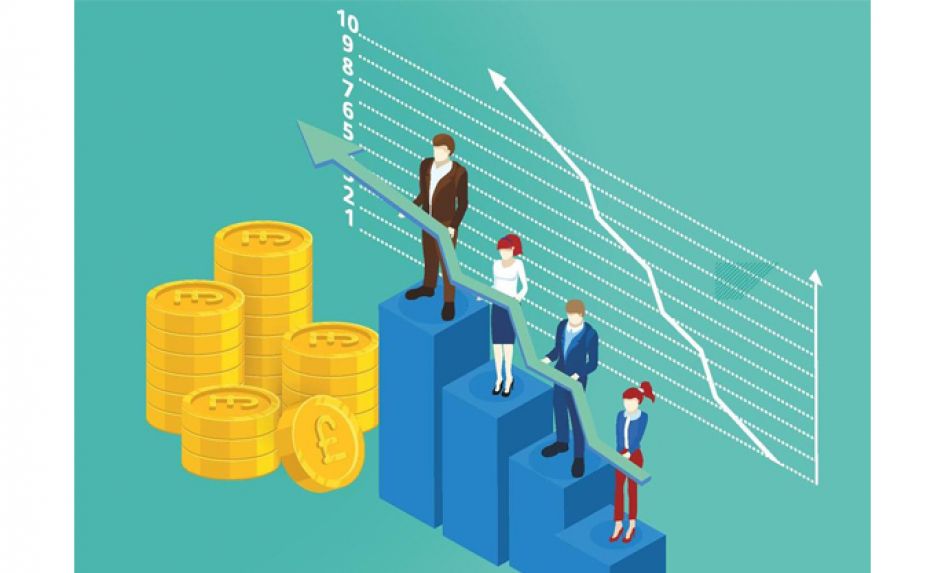 Regardless of how you might feel about the pay increases for teaching staff announced by the DfE last summer, many will have been mildly amused at the timing.

The amounts themselves – 3.5% for main scale teachers, 2% for upper and 1.5% for leadership – fell short of recommendations by the School Teachers’ Review Body, which was calling for a 3.5% increase across the board. The Institute for Fiscal Studies has since stated that the lower amounts represent a below inflation increase for those receiving them.

According to Education Secretary Damien Hinds, the 2018 pay award will help teaching to be seen as a ‘Competitively rewarding career’, though it remains to be seen whether his optimistic view of the award will help with teacher recruitment and retention. I’m sure many of us will have a view.

Following the initial announcement, September 2018 saw the publication of the intended method by which these increases will be funded – the Teachers’ Pay Grant Methodology document can be accessed here. Before exploring it in detail, however, it should be noted that it doesn’t apply to schools in Wales or further education establishments.

Also worth noting is that when producing the figures, the DfE worked on the assumption that schools would have budgeted for a 1% rise in staff salaries. The pay grant is therefore intended to cover schools’ needs less this 1%. What’s more, the additional funding will only be available until 2019-20, after which schools will be expected to manage the costs themselves using their existing budgets.

The view from the ground

Following analysis using an overall staff cost formula, the government’s pay award funding will be allocated on a per pupil basis, with seven twelfths of it due to be distributed in 2018-19 and a full year’s worth in 2019-20. The amounts schools receive will be based upon assumptions of pupil numbers, while being weighted to area (which in practice will amount to an uplift for special schools, due to their higher teacher/pupil ratios).

Taken together, the 2018 pay award ought to improve teacher recruitment and retention while having a positive effect on staff morale, at least initially. Some might object that the amounts are too little, but we’ve still seen a significant increase on what’s been offered for a while – certainly under this government and the since the start of the financial austerity era.

However, what the methodology doesn’t do is take into account the breakdown of teaching staff at each establishment and whether they’re on the main, upper or leadership scale. As such, how individual schools fare will be highly variable.

In my experience, an average rarely benefits all. On the surface, it would seem that small primaries and schools with falling pupil rolls will see the most pressure on their budgets, though there will be other circumstances in which budgets will be affected – schools with certain types of specialist SEND provision for example. The enhanced rate for special schools won’t apply to them, even though the teacher/pupil ratio in such settings will likely be higher than most.

As an SBM, my chief concern is always affordability, closely followed by sustainability. We all know that staffing takes up the biggest proportion of spending in school budgets. Most monitoring systems will show percentage ratios of staff spend to income and total budget.

That information is the key to making these salary increases sustainable, and further monitoring will be needed thereafter to sustain them once the grant is no longer in place. Given that the minimum funding guarantee still stands at -1.5%, any increases in staff costs of this proportion moving forward will need some serious planning.

Maintained schools will have already set their annual budget back in April this year. Academies will have agreed theirs for the new school year with knowledge of the increase, but not the methodology of the grant.

Most schools will have allowed for a 1% increase in teaching staff salaries, but likely not for any further salary rises beyond that. For many, this won’t be an issue in the short term – but ahead of your longer term financial planning, some decisions will need to be made. Schools and academies in the fortunate position of forecasting a healthy long term picture may have to rethink plans around premises development or ICT renewals. For those in a less advantageous position, all this will create yet another financial headache to be added alongside pension contribution rises and other national strategies affecting employment costs, such as the apprenticeship levy.

The education sector has been experiencing a real terms reduction in funding for quite some time now, and all this adds another complication. Remember, that it’s soon due to be joined by yet more significant costs coming our way, following a recent government edict that employer pension contributions for teachers will increase from the current 16.48% to 23.6% in 2019-20 – again, to be funded for the first year.

In real terms, after the funding support being offered, schools are facing an increase of up to 10.5% in expenditure from 2010-2021 – an unsustainable figure, going by an existing funding model that’s struggled to keep up with the level of change as it is. There will need to be some very big changes in either the way schools are funded, or how they operate.

It can’t be denied that education staff across the board, alongside other public sector workers, have received belowinflation wage increase for a number of years, and that this increase has been due for a while. However, research suggests that monetary reward tends to have a short term impact on productivity and staff morale; in the long term, much more needs to be done. It also begs the question – what about other educational staff who have suffered similar pay rise restrictions of their own over the past few years…?

What to do now

To manage the impact of the 2018 pay award, it’s important for schools to:

Sue Birchall is a consultant, speaker, writer, trainer and business manager at The Malling School, Kent.