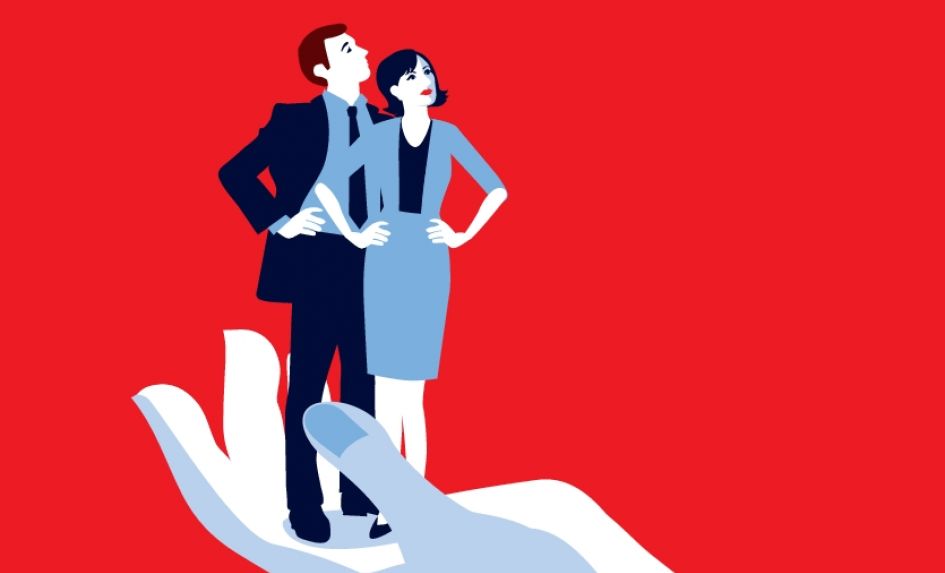 ”If anyone says to you that staff morale is at an all-time low, you know you are doing something right.”

This quote, uttered by Sir Michael Wilshaw in 2012 while serving as Ofsted Chief Inspector, isn’t just wrong – it’s downright toxic, and diametrically opposed to what most teaching professionals believe.

Let’s contrast that statement with two different questions: ‘How can I have an impact?’ and ‘How can I make a difference?’ Those are the questions that the former President of the United States, Barack Obama, would often ask himself as a young man at college in the 1980s. Obama told an audience of civic leaders in 2017 that it was during this time that he first began to develop the social conscience that would subsequently shape his personal values, with the result that, as he put it, “All those values that my mother had whispered in my ear started to come back to me.”

Schools are places where children go to learn, and where we support their development at every level – socially, emotionally, physically and mentally. Schools are nurturing environments, facilitated by teams of adults who want to make a difference to the lives of the young people in their care.

However, schools are also under huge and constant pressure. The drive to reach targets and meet the latest set of requirements from Ofsted and the DfE are just the start. Into that mix you can add rising levels of pupil violence, confrontational parents, increasing rates of mental ill-health and ever-growing safeguarding concerns, to name but a few. Being an education professional can be a stressful job, leading to the very real prospect of lowered of staff morale and the risk of team fragmentation.

During his speech, Obama went on to list three of those values that his mother, Ann Dunham, had shared with him. I’d argue that each one can be applied to the situation we education professionals currently find ourselves in, and may be worth looking to at those times when our schools don’t feel as harmonious as we’d like them to be, when our staff seem to be pulling in different directions.

“Be kind, useful and caring about those less fortunate”

Stresses at school will often be the result of workload pressures. The caretaker may find themselves with additional jobs to do, due to the cleaner taking long-term sick leave. The bursar may have to learn from scratch the details of a new government directive and implement it – on top of everything else they’re meant to be doing already.

Or it could be the headteacher who’s currently under fire from all directions – behind schedule with writing the SEF, dealing with an angry parent and addressing challenging pupil behaviour, – having to conceal their feelings of stress while showing prospective parents around the school. This is school life. It’s what happens. But if we’re not careful, it’s during such times of increased pressure that teams can begin to fragment.

It might sound like a small and insignificant gesture, but being ‘kind, useful and caring’ to any colleagues under pressure can mean the world to them. Make a stressed-out colleague a cup of tea. Spend some time listening to them express their troubles. Offer to pick up some of the slack by performing a favour – carrying some new stock to the storage cupboard, or fetching some documents from the photocopier.

Spending just a few minutes caring for our colleagues will help them feel less overwhelmed and more supported by their team.

“Be a peacemaker rather than an instigator”

This second insight from Obama’s mother is very powerful, because it’s not just pressure piled on by pupils, challenging parents or the system itself that can cause disharmony. It’s entirely possible for an ill wind to originate from within our own ranks.

Schools can become political hotbeds when it turns out that a colleague may have an agenda that sits in opposition to the values of the organisation. Perhaps there’s a new headteacher attempting to make their mark in the face of some staff who like things the way they are.

Or it could be that a staff member has effectively declared themselves to be the ‘voice of the people’ and is stirring up trouble regarding a new internal requirement. This spokesperson gets others on board and begins campaigning for change. You know that they’re motivated more by their own feelings of dissatisfaction than out of concern for the wellbeing of others, but it scarcely matters – you watch as your staff take sides and morale begins to fall.

In both of those scenarios, there’s an ‘instigator’ at work. There’s unfortunately no getting away from the fact that some people simply thrive on the drama of political division, but there is an antidote to the problem, and that’s to be a peacemaker. Listen closely to the complaints of others, irrespective of whether you agree with them. Ask them what they think the best way forward should be.

There’s no fight without two sides, so refusing to spar with others should immediately help calm things down. Being a peacemaker is ultimately about demonstrating effective diplomacy and communication for the good of the school.

“Lift people up instead of putting them down”

Negativity is addictive. People who constantly put others down can often become trapped in a behavioural cycle, using this unhelpful trait to mask their own lack of self-worth. We all have bad days and times when we’re overly critical of others, but we need to nip this kind of negativity in the bud if it’s threatening to become the ‘norm’ for us.

Avoid getting sucked into negative conversations about colleagues. If you find yourself caught in the middle of an awkward staffroom discussion, try to articulate the positive side of the relevant person’s character and try to stay optimistic.

When walking down corridors and greeting people, look them in the eye and smile – not through gritted teeth, but in the spirit of collaboration and positivity. Above all, notice the good points in your colleagues, however small, and let them know about it. Everyone has their strengths and positive qualities – often, it’ll be because they don’t recognise those attributes in themselves that a colleague will have low self-esteem and not feel like part of the team.

Despite what Sir Michael Wilshaw may have believed when making his controversial comments on staff morale, schools tend to be more productive when they’re harmonious and pleasant environments to work in, and when staff are on the same page, pulling in the same direction.

There will always be periods in the life of a school when the atmosphere isn’t as we’d like it to be, yet we’re all part of a team and each have the potential to either make the problem worse or be a cohesive force for good.

Whether staff morale in our school is currently high or low, let’s continue to regularly ask ourselves those two questions – ‘How can I have an impact?’ and ‘How can I make a difference?’ As part of our teams, let’s then make a positive impact and effect the powerful difference we all came into this job to do.

Who was Ann Dunham?
Ann Dunham (1942-1995) was an anthropologist who spent her life working for the betterment of people’s lives in rural Indonesia. She researched and published works on the civil rights and working conditions of women in the country, leading to significant advances in the health and wellbeing of those she wrote about. Dunham was passionate about making a difference in the world.

The values she ‘whispered’ in the ear of her son, and the social conscience they inspired in him, enabled Barack Obama to have a positive impact and make a difference to the lives of Americans, when he later became the first ever black President of the United States.