Buying A School Minibus Opens Up Opportunities For Trips, Residentials And Events 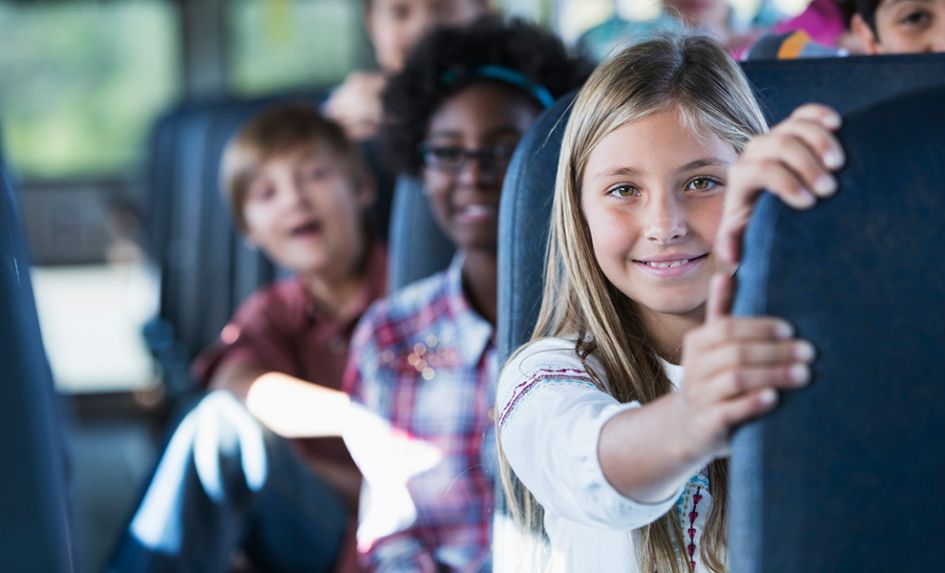 At school in the 1970s, when travelling to a sporting fixture the class or team would be split between a number of cars of varying road-worthiness belonging to teachers and parents. A journey of 10 miles could sometimes be spent cross-legged on the floor of the headmaster’s VW Camper van surrounded by teammates. Other occasions would see five of us squeezed onto the back seat of an old Austin.

Things have moved on a lot since then, with many secondary schools having long opted to acquire and operate their minibuses on match days and for the odd Duke of Edinburgh expedition.

Within the last few years, however, I’ve witnessed a significant growth in minibus use across the primary sector, having seen a number of primary schools contact us for the first time.

The main reason for primaries wanting one seems predominantly to do with reaching their swimming targets – having their own minibus means being able to avoid the cost of hiring coaches a few times per week, or even taxis in some cases.

Some primary schools would previously have walked their classes for up to a mile to get to swimming sessions – not nice in the rain! Once a school has its own minibus, the uses that develop can be very inspiring.

We’ve had SBMs tell us that their new buses have enabled children in areas of deprivation to actually see cows for the first time. One forwardthinking school once told me how they’d taken some pupils’ parents out in their minibus to show them free-of-charge activities they could do with their children in the local area, as an alternative to days filled with TV, gaming and fast food restaurants.

I’ve also heard how a Birmingham primary school in an area with a sizeable non-English speaking immigrant population had organised ‘familiarisation tours’ of the city for parents to help them get their bearings and settle in.

We regularly talk to a number of schools to advise them on various aspects of choosing a vehicle and deciding how they’re going to run it. These considerations will typically include:

The largest minibus a school can run is a 17-seat vehicle (containing 16 passenger spaces). Many primary schools will see this as ‘half a class’ – should they acquire one minibus, they will likely shuttle one class in similarly sized groups to the destination.

Any vehicle capable of carrying more than nine passengers must be driven by a D1 licence holder. A driver will automatically have a D1 on their licence if they have passed their car driving test before 1st January 1997; any drivers passing after that will need to take a D1 test. Prices for D1 courses vary, but we recommend using a provider that offers a comprehensive package that includes the administration needed to support a test booking.

Some schools elect to a buy a minibus with cash, on the basis that it represents a long-term investment, but a growing number of schools are opting instead for a fully maintained contract hire option. Schools must decide whether they possess the expertise and resources needed to run their own minibus, or if they would rather enjoy the benefits of the vehicle in exchange for a fixed monthly cost, without taking on the risks or uncertainty involved with maintenance or resale value further down the line.

We always recommend approaching a specialist education vehicle supplier, where the level of expertise and advice will be far more in-depth than what you’d receive at a general dealer or leasing company. When approaching a leasing provider, ask for proof demonstrating their financial strength – any provider should be able to assure you they have the resources needed to look after your minibus maintenance for the full length of the lease, and that any money they hold for future safety inspections will be held in a secure account.

Modern minibuses often come equipped with all-round parking sensors, reversing cameras and air conditioning. Wheelchair accessible versions with a wide range of options and potential seating configurations are also available. A good supplier will be willing to work with you to deliver the correct vehicle for your needs.

For small primary schools, having access to a minibus can be made possible by joining forces with other primary schools in their local area. It’s not uncommon for three or four schools to share one or two minibuses, having agreed for a lead school to assume responsibility as the lease signatory.

We’ve previously come across primary schools who regularly make their minibus available for use by the wider community, for church outings or events organised by local scout groups. You are allowed to charge for this form of of use in order to cover your costs

When Should You Replace It?

If you decide to lease your minibus, an agreement of five years with the option to extend up to seven would be about right. The mileage of a minibus run by a primary school will typically exceed no more than 5000 miles per annum. Obviously the longer you keep the vehicle, the greater its exposure to component failure and general wear and tear. Also bear in mind that a tired-looking minibus will increase the risk of breakdowns and safety issues, as well as detract from the image of the school.