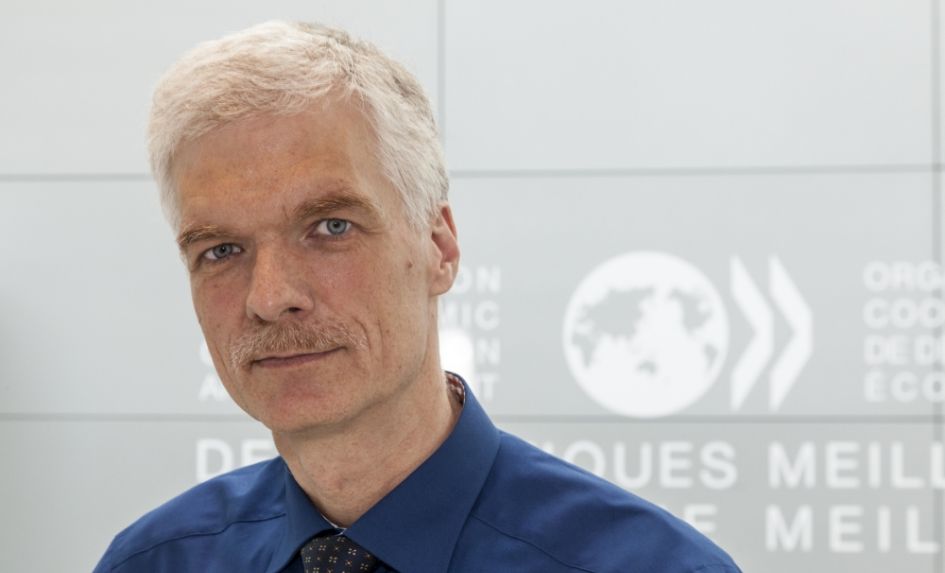 Of the various PISA findings over the years, which ones have stayed with you?
One thing that’s really struck me is that the gap between what our societies demand from modern education and what that education actually delivers is becoming wider.

Curriculums are good example. We build on them by putting something new on top of what we already do, but rarely question why we teach and what we teach. That helps create this mile-wide, inch-deep system of instruction in which a lot of things are taught at quite a shallow level of depth. We teach trigonometry because it’s held up as one of the foundations of mathematics – but if we’re being honest, trigonometry is taught because 400 years it was helpful for measuring the sizes of fields and planning street layouts.

Education systems are typically controlled by national governments, but is there a case for taking decisions over curriculums, placements and recruitment out of government hands?
I believe the act of making educational issues into political issues is poisoning much of what’s happening in our schools. The long-term consequence is that teachers lose trust. If they’re told one thing today and something completely different in four years’ time, in the end they’re not going to buy in to what you’re proposing.

There are some ways out of this. In the Netherlands and Hong Kong, governments have essentially left such decisions in the hands of schools. The design of instructional practice and pedagogy is down to professional educators, with the government largely acting as a regulator – putting in place incentives to attract teaching talent and ensuring that resources end up where they’re most needed. Another approach is what we see in Finland and Germany, where officals from across the political spectrum collaborate on long term goals, making for a system that’s more predictable in the medium term.

There’s also a third group of countries that have successfully depoliticised their education systems, but only because they don’t have worry about democracy. Countries like China and Vietnam can make long-term plans and won’t be held hostage to political interests, but that’s obviously not a model that’s relevant for the Western world. The first two are.

New competency measures have been introduced this year to test students’ tolerance, cultural awareness and media literacy, but not all PISA participants have chosen to incorporate them. Any thoughts on why that might be?
The beauty of PISA is its voluntary nature. It’s a choice each country must make for itself, and their reasons will vary. Some are of the view that we’ve gone beyond testing cognitive skills and into an area that’s not the business of schools, but I’d disagree. I think schools have an important role to play in what’s becoming an ever more interrelated, complex and volatile world, where success will depend having an inner moral compass that helps distinguish right from wrong. I’m still happy that we have over 50 countries who are willing to try it out.

How does one quantify right and wrong?
People often underestimate what modern assessment is capable of. We can present students with scenarios, use anchoring vignettes and employ lots of other techniques that prompt students to make choices, justify those choices and explain their reasoning. PISA isn’t a high stakes test; students are aware that it’s not about them as individuals, but about painting a more general picture.

What can often happen with testing is that we trade validity gains for efficiency gains and relevance for reliability, but I think we can afford to take more risks. In any case, PISA’s innovative assessments have always been reported separately from our reading, maths and science measures.

In terms of how successive PISA results have been received around the world, which responses have you been happiest to see, and which have you found less encouraging?
When the first PISA results came out the reception in my own country, Germany, was quite sobering. Among the general public there was a sense that we’d spent a lot of money on education only to discover that Germany was an average performer – but then people got their act together. German education has since been transformed by a series of initiatives and reforms have led to some considerable achievements.

One of the most intriguing cases for me is Japan. They would always do well in PISA, but examine their results in a very fine-grained way. They’d find that their students fared well on knowledge reproduction, but less so with tasks requiring knowledge creation and high order thinking skills. Their response was to significantly overhaul their curriculum and introduce some interesting initiatives into their schools, such as active learning.

Of course, we’ve also seen PISA results used selectively by some in order to confirm, rather than question what they’re already doing, which is a lost opportunity.

Some critics have questioned whether other factors – cultural traditions, social values, private tuition – might affect PISA results from country to country. What’s your view?
We actually factor those issues into PISA’s design. With private tutoring, for example, we’ll know its incidence and intensity across different countries and can represent that in our findings. We’ll measure how many hours students are in school, how long they spend doing homework and how often they attend private tutoring.

There can be some interesting corollaries to this. We’d always believed that in Japan, private tutoring was a big part of students’ success – yet the incidence of private tutoring there has declined dramatically, largely because accessing university has became much easier with fewer students around. Their PISA performance has remained pretty consistant, thoughout, so it may be that their prior investment in private tutoring hasn’t been that productive. You could even argue that Japanese students have become better by not being overloaded with learning.

I’d also suggest that we ask ourselves to what extent culture is created by what we do, versus being an immutable context in which we work. For example, PISA tests have previously asked students what makes them successful in mathematics. The majority of British students told us it was about talent – that if you’re not born a genius, you’d be better off studying something else. British students don’t see their success as within their own control. Ask that same question of Chinese students, and 9 out of 10 will tell you that they trust their teachers to help them, and that if they study really hard they’re going to be successful. They own their success.

You could put that down to a Confucian culture versus a different cultural philosophy in Britain – but you could also look carefully at both systems, and see that in China there’s a strong emphasis on mastery learning, which could be why we see these very consistent learning outcomes and a decoupling of social background from success.

What we attribute to culture could actually be a long term effect of the way in which we educate children. In Europe, students are often tracked and streamed, which sends out the message ‘We’re going to put you in a low performing track because you’re not smart enough.’ That simply doesn’t happen in Japan or China, which is why students have a very different image of themselves and the power of learning.

Are you generally optimistic regarding the overall direction of travel when it comes to different countries’ educational aspirations?
I’m optimistic about the direction of travel, though I think many countries need to place a greater focus on student wellbeing. One general trend you can see is a growing recognition in most countries around the world of the importance of social and emotional skills. I worry more about the speed of travel. Many education systems are currently clogged up, and largely designed around the needs of adults rather than students.

You’ve previously said you’d like to see educational knowledge shared between countries more organically and for PISA to be made superfluous. Do you still stand by that?
Very much so. Most advanced professions are able to progress thanks to a culture of co-creation and sharing knowledge and best practice. You can see rapid progress towards this in some education systems such as Finland, for example, where there’s very little comparitive assessment because they already have other ways of measuring learning. When that can happen internationally, instruments like PISA will inevitably become less important.

1994
Joins the OECD’s then Directorate for Education, Employment, Labour and Social Affairs