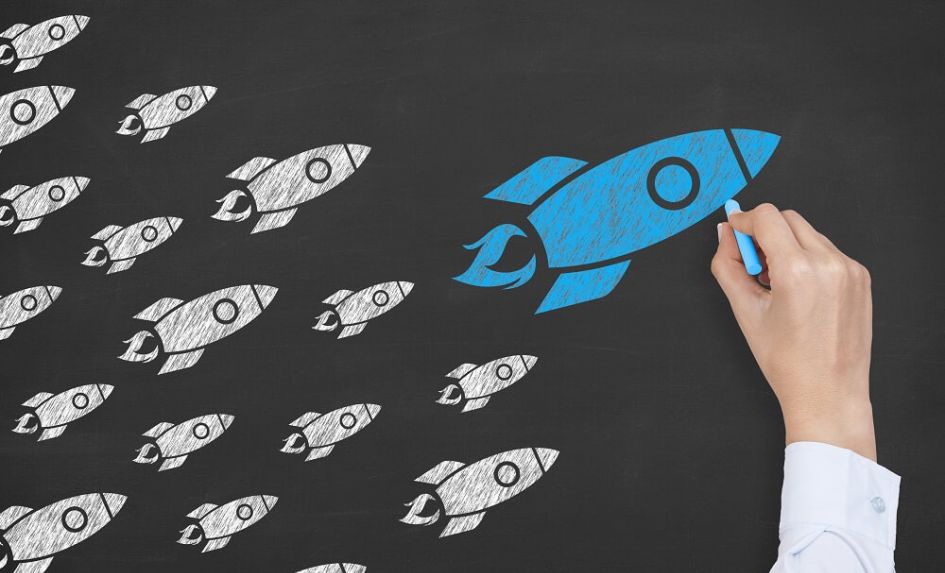 Primary schools have long been individual oases of talent, innovation and improvement.

But it’s only in more recent years that primary leaders have realised that by working more closely together they can combine that energy and make a real and lasting difference to more schools.

The growth of multi-academy trusts since 2010 has created a fertile climate for this development, with schools grouping together in trusts, small and large, to realise economies of scale in times of tightening budgets.

It’s not just been about the bottom line, though. By combining their talents and their human resources, primary schools have also taken a prominent role in leading what became known as the school-led system. The identification, nurturing and professional development of aspiring and current leaders has formed a big part of this drive.

We at Outstanding Leaders Partnership are making a big contribution to the school-led system, working with hundreds of these schools in our growing network of partners which deliver our National Professional Qualifications for school leaders.

One of them is Plymouth CAST, a Catholic MAT comprising 33 primaries, two secondaries and a nursery across Dorset, Devon and Cornwall. Diana Taylor is trust development officer at the MAT, involved in staff development. She sees the trust’s involvement in the delivery of the NPQs as an investment in staff that will create more home-grown leaders and retain staff.

“Our challenge is capacity. Many of our schools are small and they are mostly rural and coastal, with some in areas of high need and deprivation,” she says. “It is often difficult to develop leadership expertise in a small school because staff have to wear several different hats. It’s a problem that larger schools don’t encounter as much. This can make succession planning a little more challenging,” she says.

As part of her role Diana has created a database that captures the school improvement projects that each of the 40+ trust staff are working on as part of their NPQ qualifications.

The pandemic slowed the project down but it is now back up and running and will eventually provide the trust with a comprehensive and detailed picture of where leadership expertise – and leadership passions – reside.

“It will give us an overall picture across the trust of who has developed a specialism within which area,” says Diana. “This may be maths mastery, early years literacy or improving maths progress. It’s about understanding as a trust where our expertise lies so that we can direct this expertise to schools that want it.”

Stephen Dean, CEO of Primary QuEST MAT near Gloucester, is a good example of how the insights and knowledge gathered through professional development can translate directly into school improvement.

Stephen took part in a review of maths teaching and learning across a neighbouring trust where he observed how the trust’s maths lead practitioners were given responsibility for monitoring the quality of teaching and supporting staff to improve.

This encouraged Stephen to consider changes to the way maths lead practitioners were used across his own trust schools.

Curriculum reviews completed across the trust showed that as a result of Stephen’s NPQEL school improvement project staff were more confident teaching maths and English than foundation subjects; Stephen believes that the emphasis on maths CPD had been a crucial factor in this.

Warrington Primary Academy Trust (WPAT), which consists of six primary schools in Warrington and nearby Widnes, has been a lead player in some impressive strategic school improvement projects in recent years.

WPAT’s teaching school, for example, led a £1 million project funded by the DfE’s strategic school improvement fund to give early years foundation stage practitioners in 56 schools in disadvantaged areas across seven local authorities the skills, strategies and teaching and learning techniques they needed to help them improve children’s literacy, communication and language.

Nearly 2,000 children – mostly in reception classes, as well as some in nursery provision – were involved in the project. The project had two main strands: literacy, and communications and language. Professional development was a cornerstone of this programme: practitioners were trained in the early identification of children with speech, language and communication problems, while project leads - often SENCOs or literacy leads – were appointed in each school to head up the project.

An independent evaluation of the programme highlighted significant impact. The programme’s communication and language strand revealed a significant impact on children’s learning: 97 per cent of all participating children made some positive progress, with 35 per cent of girls achieving the most frequently reported level 4 and level 3 being the most common level amongst boys.

Louise Smith, WPAT CEO, says that the trust’s desire to lead improvement on a large scale is undimmed. The trust is currently playing a lead regional role in the DfE’s workload reduction project, developing and trialling workload reduction strategies amongst its schools, which are now being shared nationally.

The trust is also developing a proposal with more than 20 other primary schools across the region to create subject knowledge CPD for primary teachers.

“We are in the midst of a maelstrom with covid but we need to plan ahead. True leadership is also about horizon scanning. That’s why we are leading in areas like this. You have to keep these things moving forward and putting things in motion and not let the spinning plates drop.”

Sally Bishop is a lead facilitator and coach on the National Professional Qualification for Headship (NPQH) programme run by Outstanding Leaders Partnership (OLP), a national partnership of 110 teaching school alliances, multi-academy trusts, dioceses and school groups. She has extensive experience of school and system leadership as a former primary headteacher and director of two teaching schools.