Nicky Morgan talks Character Education and her Days at the DfE 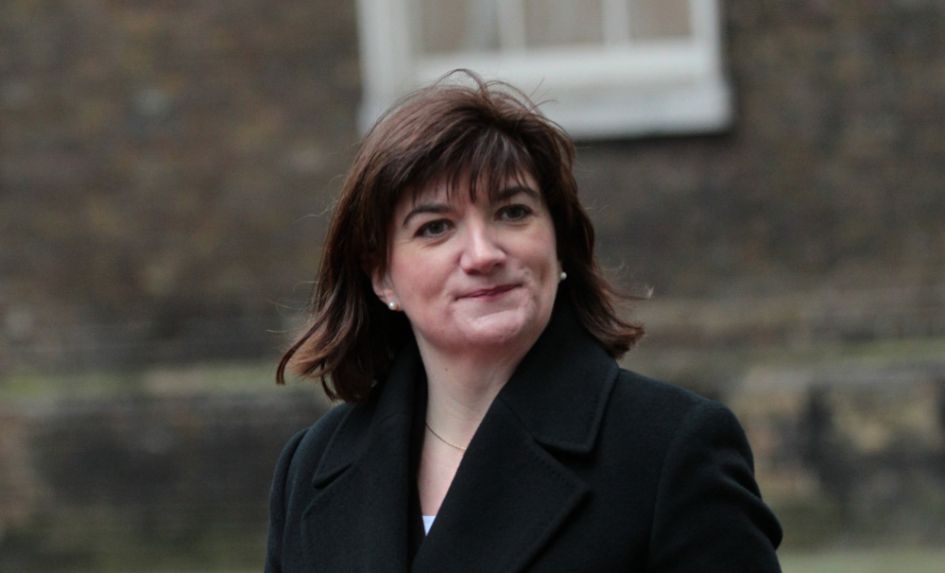 What prompted you to write a book on character education [Taught, Not Caught: Educating for 21st Century Character] and what’s the meaning behind the title?

I was very passionate about character education when I was at the DfE.

Anybody working with young people, from small children up to sixth form, knows that in preparation for adult life they need to learn some strong character traits – things like resilience, self-confidence and self-belief, as well as respect, honesty and integrity.

The title is about the years-long debate over whether character can be ‘taught’, or if it’s something you ‘catch’ from the ethos of the school you’re in, the home you grow up in or the adults you interact with.

The central argument of the book is that every institution has an ethos, so let’s explicitly think about the values that we’re building in our young people, and not just leave them to chance.

How do you develop that in a way which still allows for the range of personality types one finds among children?

When I was in the DfE we tried hard not to identify specific traits or values, because it’s got to be for each school setting to decide on what’s most appropriate for their pupils and community. The University of Birmingham’s Jubilee Centre, for example, breaks things down into four areas of virtue: ‘intellectual’, ‘performance’, ‘moral’ and ‘civic’.

Others talk about ‘values’, some about ‘building grit’, and whether the latter can be particularly helpful for young people from disadvantaged backgrounds.

I visited various schools while writing the book, and I found that some went further – getting young people to think about how they’re learning. what they’ve done and what they’ve learnt from their past experiences, which is also really important.

Is the book a way of charting the impact of the work you did on character education as Education Minister?

When I was there we set up a grant scheme of £3.5 million, some of which is ongoing. The book is about examining those schools that won awards and what they’re doing, but there are many other schools across the country doing work in this area that didn’t enter any awards schemes, but still know it to be very important.

The book also makes the case that there’s been lots of talk from a Conservative government about ‘one nation’ education policies. If we believe this is important, and if the research shows that developing certain traits can lead to success later in life, why would we only want it happening in some schools and not others where we know pupils will really benefit?

Character education aside, what would you most like your time as Education Secretary to be remembered for?

I think my determination to have a coherent programme for making education excellent across the country.

That’s what we talked about in the White Paper in March 2016 and what Justine’s since taken on with the Opportunity Areas – calling out those parts of the country where education isn’t yet good enough, because it’s deeply unfair.

Not just for pupils, but also the staff and families who rely on those schools to set their young people up for life.

The White Paper was a key moment during your time as Minister. What do you make of the different direction that the DfE has since taken?

We said in May 2016 that we weren’t going to compel schools to become academies in the timescale we’d set out.

I think there’s still very much a drive for more schools to become academies, but it’s inevitable that when there’s a change – obviously in Number 10, but also at the DfE – that other priorities are going to take over.

We saw that with the push for grammar schools, which has now gone, so let’s see what happens.

Is there a particular incident or anecdote you can recall that might help illuminate what daily working life inside the DfE is actually like?

One thing is that there are a number of former teachers working in the department. We had reference groups of heads and teachers coming in all the time to inform our policy development and implementation.

While I was there I made well over a hundred visits, as did all the ministers, to the different settings they were responsible for.

Other members of the department, the permanent secretary and others also visited many schools.

On the basis of what you witnessed when researching the book, what do you see as the biggest issue currently affecting primary schools, and how would you go about addressing it?

I was visiting schools that had stepped up, made clear that character education was important to them and wanted to demonstrate what they were doing. I was touched by the fact that no school said no when I asked if I could come and visit.

I hope this book is supportive to them, gives them a banner and can serve as a call to arms for parents and governors, so they can say, ‘We’d like to do more of this, because this is what helps pupils to be resilient and move on successfully’.

Did you observe different approaches in different parts of the country?

Absolutely. What struck me when I was Secretary of State and more recently was the myriad different ways in which people are delivering the curriculum and inspiring young people. We sometimes hear the negative side of the education debate, but actually, across tens of thousands of schools, there is great teaching, character building and knowledge building going on, and that should be celebrated.