School inspection - a view from the dark side 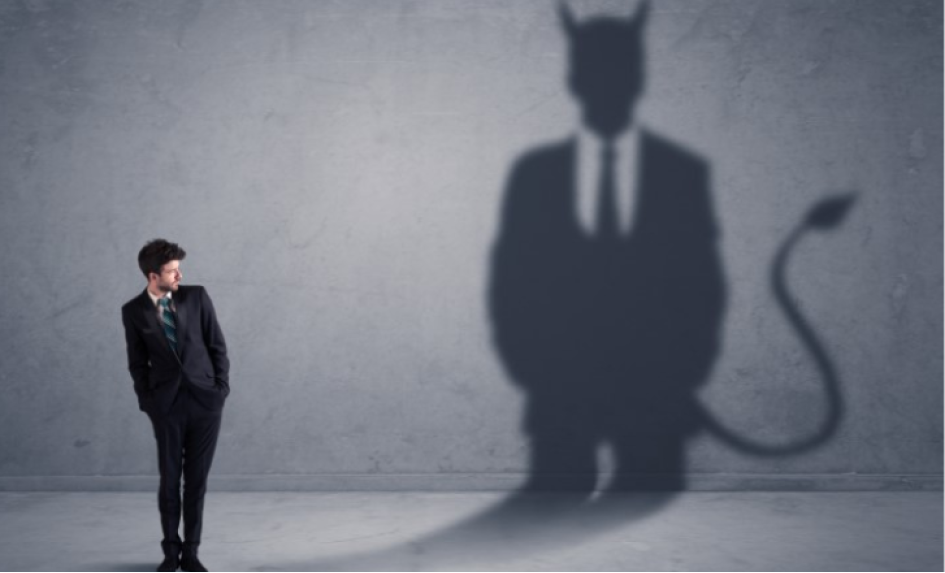 Last year I did an Anakin Skywalker and went to The Dark Side for a while - I became a local authority school inspector for the year, on a two-day a week secondment.

The driving force behind this decision was our disastrous school budget; which I hoped to balance somewhat by having two days of my salary paid by the council. But I was also curious - after 16 years as a headteacher, I wanted to know if I could make an impact on pupil outcomes beyond my school, as well as finding out what it was like in the secret squirrel world of the LA school inspection team.

So, what did I learn?

Every week there was a long meeting via Zoom. Some involved just the core seven-strong inspection team, while others had up to 30 participants including headteacher reps across the sectors, SEND experts, school data-heads, governor advisors, mental health champions, PR gurus and others whose role was never completely clear. The agenda was as varied as it was long – critical incidents, safeguarding, recruitment of senior leaders, LA events, the Ukraine crisis, new DfE initiatives, upcoming training and all-important Ofsted updates, although what all the meetings had in common was the item ‘schools causing concern’.  These were schools which needed support or were in a category and where an uncomfortable question always hung in the air: ‘Is the headteacher the solution, or the problem?’

The best bit of my secondment was visiting schools – talking to leaders, observing teachers and triangulating this by meeting delightful, enthusiastic children. As a headteacher usually on the receiving end, I was very conscious that I was fixing up monitoring appointments with my peers that would take up their valuable time and cause the rest of the staff unnecessary stress.  As it happened, all my colleagues were very open and welcoming. It was great to have face-to-face time with them after the long drought of Covid. Of course, I was racked with imposter syndrome and ‘grandmother sucking eggs’ was always a worry. My only hope was that they found my feedback half as helpful as all the great practice I saw that I was able to take back to my own school.

Having completed a monitoring visit at a school and made copious illegible notes, there was an obligation to send ‘Notes of Visit’ feedback. These needed to be a delicate balance of positive findings (of which there were always many) and areas for development, to give the headteacher some leverage to move things forward with their strategic initiatives and with any weaker staff. I laboured over each report, conscious that these notes might be important in shaping school improvement plans, heads’ appraisal evidence and the direction of school training. More scarily, the notes also sat in an online database, warts and all, for all the key local authority officers to see.

On the back of the exhausting Covid years for schools, it wasn’t a surprise to discover that recruitment was a constant throughout the year, as senior leaders searched for the elusive work-life balance – headteachers, executive heads, deputies, assistant heads and that strange, impotent, piggy-in-the-middle hybrid, head of school.

I spent a lot of time during my secondment wading through long application forms, personal statements and references as a non-voting LA advisor on appointment panels. What was surprising was how high the bar had been raised in terms of the hoops the candidates had to go through - two-day interviews, hosting staff briefings, bulging in-tray exercises, assembly tasks, grillings by the children, data analysis, writing welcome letters to parents, not to mention the gruelling interviews. It’s a wonder anyone is ever appointed.

Each week in team meetings we would revisit the ‘who’s next’ Ofsted chart - those likely to be inspected after four years of being Good, those Outstanding schools who had not been inspected for donkeys’ years, Good-plus schools awaiting a return visit and those unfortunates expecting monitoring visits. It wasn’t an exact science, but it was often thereabouts. And when a headteacher did get ‘the call,’ the school inspection team would drop everything, buy biscuits, respond to any crisis, butter-up the Ofsted inspectors and crucially, try not to get in the way.

As a teacher for more than 30 years, I’ve become institutionalised. I wake up at 6.30am, I’m in school by 7.45am. There’s assembly, two lessons, lunch, two more lessons and home time. It’s difficult to break that routine, even in the holidays.

Being a school inspector was very different. No day started at the same time, and I could be at one school for an hour, then there might be a gap before going to another school. There wasn’t an office to go to. Lunch was eaten in the car or on the run. Toilet stops needed to be planned strategically. On good days, I was at home and writing up notes by 3:00pm. It was certainly less stressful than being at school, but quite a nomadic, isolated existence not being part of a daily team.

I could not have gone on secondment without a great team holding the fort back at school whilst I was out of the building for two days a week. My deputy became acting headteacher for the two days, whilst other senior colleagues and proactive governors supported her and filled in any gaps.

Having a foot (and brain) in both camps, there was always a pang of guilt at not being back at my school and at times it felt as if I was doing neither job as well as I could.

Why secondment can be a good thing

Getting out of your school and into a different environment opens your eyes to new ways of doing things. You will always pick up at least one thing to take back to your own school. Some things you’ll know you do better, which also helps reduce imposter syndrome.

Talking to peer headteachers is good for your professional development and good for your mental health. No-one else really ‘gets’ what you have to do on a daily, if not hourly, basis. Sharing horror stories and laughing about the madness of it all is great therapy.

If you make the leap and come out of school, be prepared to feel a bit like an outsider. It can be much less stressful, but not being part of a busy school team can also be very isolating. It’s not for everyone.

Would I do it again?

If I’m honest, going to The Dark Side felt a bit disloyal to my headteacher colleagues - it was like becoming a traffic warden, a tax inspector, or worse, working for Ofsted. But it was fascinating seeing things from a different perspective. I learned a lot and I hope I contributed in some way to improving outcomes for children.  If you get the chance to go on a secondment, grasp the opportunity with both hands. Seeing things from another perspective makes you re-evaluate what you are doing and gives you a better bigger-picture view.

However, in the longer term, it wasn’t the job for me. I’m going to stick to being a headteacher Jedi.

May The Force be with you.

Colin Dowland is a primary headteacher, in north London. He tweets as @colindowland.