Flexi schooling - is this the future of education? 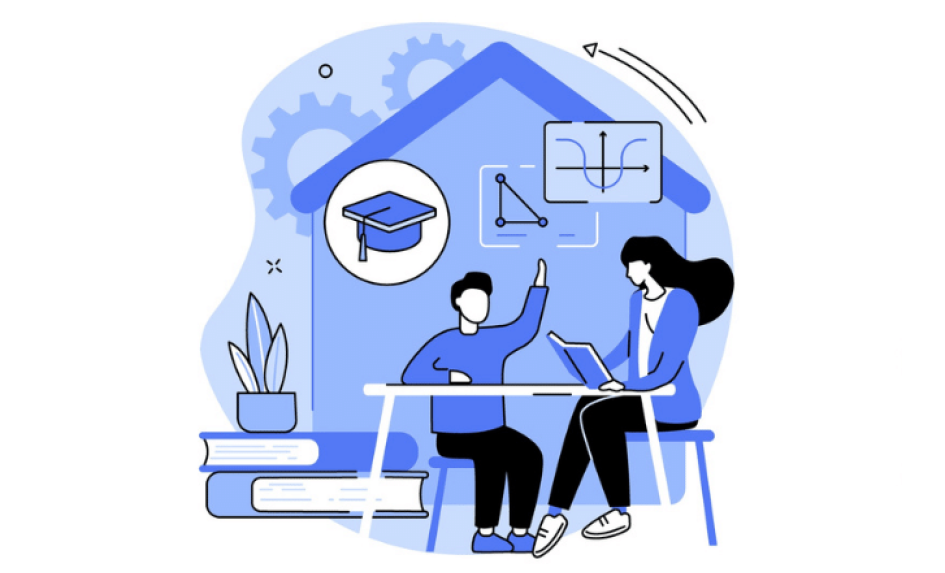 Society has changed dramatically, and our education system needs to do the same.

The present set up was devised to meet different times. These days, parents are in general better educated, often to degree level and beyond, and want to have a greater influence on their child’s education.

They are also often frustrated by the inflexibility of school hours. Parents themselves frequently work to a less iron cast timetable, yet the school day seems to be set in stone.

The number of families who are choosing home education is increasing. But it doesn’t have to be all or nothing: we have proved there can be a middle ground between full-time in-school, and home, education. The answer is flexi-schooling.

During the first term of my headship, we had only five pupils, and were dubbed the smallest school in England. The future looked uncertain.

Fortunately, I was approached by a home-ed family, who enquired into flexible schooling, and this began our journey into experimenting with alternative ways to educate – and to look more deeply into why parents often home educate.

The reasons, I found, were diverse, with nearly every family having a different perspective. Broadly, it seemed that reasons were either philosophical - with parents having strong views on approaches to education - or because of the mental health of their children. Some had chosen home education out of desperation, as their children were unhappy at school or unable to cope with long periods in a classroom environment.

We also began talking to home-educators, to find out what they would like from a school. From this we started experimenting with flexi-schooling, offering a menu of subjects that parents could opt in to.

I was given some direction from books written by Roland Meighan in the 1960s on flexi-schooling, which were kindly given to me by Peter Humphries, from the organisation Personalised Education Now. I also contacted Peter Traves, the then education lead in Staffordshire, about the idea and the legality of flexi-schooling, He gave me permission to go ahead.

From this our offer of flexi-schooling developed dramatically. Our tiny school went from five pupils to 50 in just a few years, and, with the help of my committed team, we developed a curriculum which not only met the needs of parents and their children, but also the National Curriculum and Ofsted. Pupils would come from up to 20 miles away in order to ‘flexi-school’, so great was the need and appetite for such provision.

At first pupils started our school in key stage 2, after they had tried other schools, or had been home educated for various reasons. But younger siblings also began to arrive with them, with some parents choosing flexi-schooling from day one, as five days a week can often be too much for four-year-olds.

In practice, flexi-schooling isn’t so far removed from more usual education. By having three core days we developed a curriculum that covered all essential learning. We also have ‘awe and wonder’ days, with invited guests or special activities, to inspire the children.

Pupils come into school from Tuesday to Thursday as a minimum – but can come every day if they wish - to ensure that we fulfil curriculum needs, and pupils don’t fall behind their peers. On Mondays and Fridays, they have the option of learning with their parents, and we can provide work to be done on these days. We were able to cover all subjects by concentrating on those that need most teacher intervention on these three core days - such as English, maths, science, history, geography, PHSE and religious education.

Other subjects such as music, drama, computing, art, craft, design and technology, were then taught on a rota system, and also on the non-core days; and we took advantage of special occasions, such as harvest, Easter and Christmas to teach creative skills and drama.

For physical development, we offered a free after school club, and developed the playground so it had a climbing wall, trim trail and forest school area; we also had a whole school outdoor week which included water sports such as canoeing and raft building.

We offered ‘flexi-swimming’, meaning that all our parents could take their children for swimming lessons near to where they lived, and school would pay for the lessons. In the summer months we provided Forest School lessons.

Surprisingly for a tiny school in the Staffordshire Moorlands, we began to have enquiries about flexi-schooling from all over the country, and even from abroad. It seemed that we had somewhat accidently stumbled on a gap in the education system.

Friends from Personalised Education Now started a Facebook ‘flexi-schooling’ page, which soon had thousands of followers. At Hollinsclough, we began to help other small village schools with falling numbers to set up their own flexi-schooling offer, from as far afield as Erpingham in Norfolk to the Welsh Education board.

Flexi-schooling was not only meeting a modern need, but also helping small rural schools to become more viable.

We have had three Ofsted visits since starting flexi-schooling, all of which were good, and Statutory Inspection of Anglican and Methodist Schools (SIAMS) rated us as outstanding. Pupil attainment is broadly average compared with other schools, although the progress pupils make is often better, as many children cope more easily with the rigours of school life when they attend only for three days, and find it less emotionally exhausting.

Flexi-schooling not only meets a gap in our education system, but ensures that pupils are not disadvantaged from not being in school full-time - and often thrive and develop their full potential.