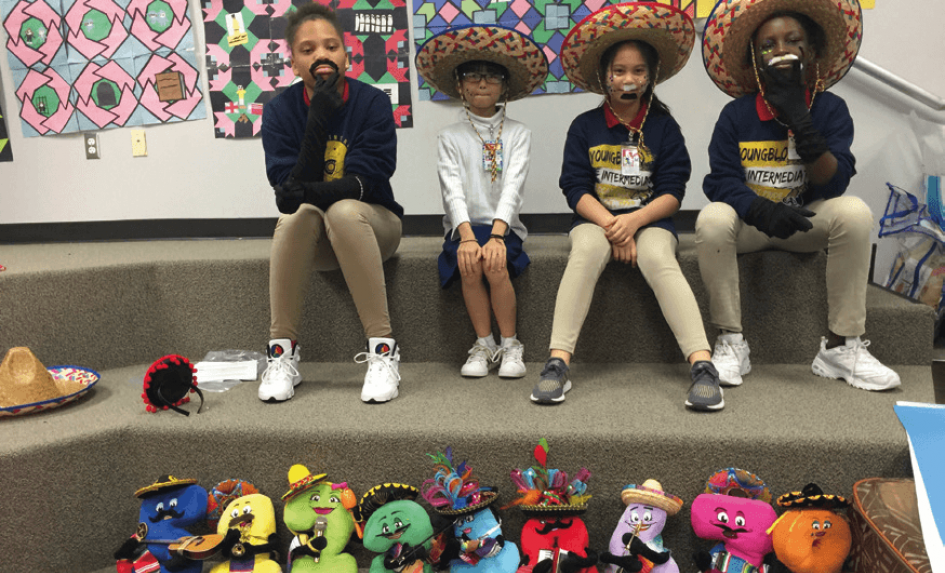 Can you describe The Global Travelling Numbers Show for us?

Styled as a talk-show with Zero as host, each episode is separated into three segments with a game in the middle allowing learning through diverse modalities: comedic dialogue, games, jokes, graphical displays and simulated “ads” etc.

Students aged 10-15 are critical to each production. They are filmed during live-action segments, as appropriate.

Each episode involves both a film and associated learning guide, scavenger hunt, physical and digital games, music and animation, as relevant.

What group of learners is the programme chiefly aimed at?

The show is considered family edutainment but students aged 10-14 are the preferred ages for film participants. The content responds to questions posed by students and of interest to adults.

For example, numbers seven and eight could discuss a posed question: If an octopus loses a leg is it still an octopus? Implicitly through dialogue, actual mathematical concepts are demonstrated as meaningful to issues or topics of interest to the students.

As far as possible we include stories of the historical development of mathematics from counting-based systems to the place-value system of today, and how geometry and measurement predated the current emphasis on algebraic expressions.

What does a Travelling Numbers Show session consist of?

Each episode will run approximately 15-24 minutes in length. Prototype studio episodes as well as the initial episode, Cinco de Mayo, executed in collaboration with Youngblood Intermediate School in Houston, TX, are available on our website, numbersalive.org.

Depending on the topic selected, an episode or series of episodes can be completed during one school year or during a concentrated summer session.

What series are you working on now?

We are talking with a few global locations for 2020-2021 episodes. We have begun filming a series on Botswana; episodes will investigate Botswana’s history and issues of ecotourism and conservancy.

Students will participate in game drives within national parks, and both write questions and participate in interviews with scientists and environmentalists regarding conservancy and political issues affecting the survival of the tourism industry.

Studio work will involve puppetry and dialogue written post-game drives regarding patterns and issues observed during the game drives where the students filmed animals and plants and were filmed by the professional crew in real time.

What is the thinking behind your focus on narrative and storytelling?

Humans have learned for centuries through engaged participation and communication.

Rather than focus on creating human calculators, NumbersAlive! focuses on critical thinking, why mathematics is useful and life skills of teamwork, working with colleagues who learn in different manners, and addressing often-overlooked issues like “What is mathematics?” and “Where did it come from?”

Other New For Schools Articles You May Be Interested In