Diversity in schools – How to diversify your curriculum 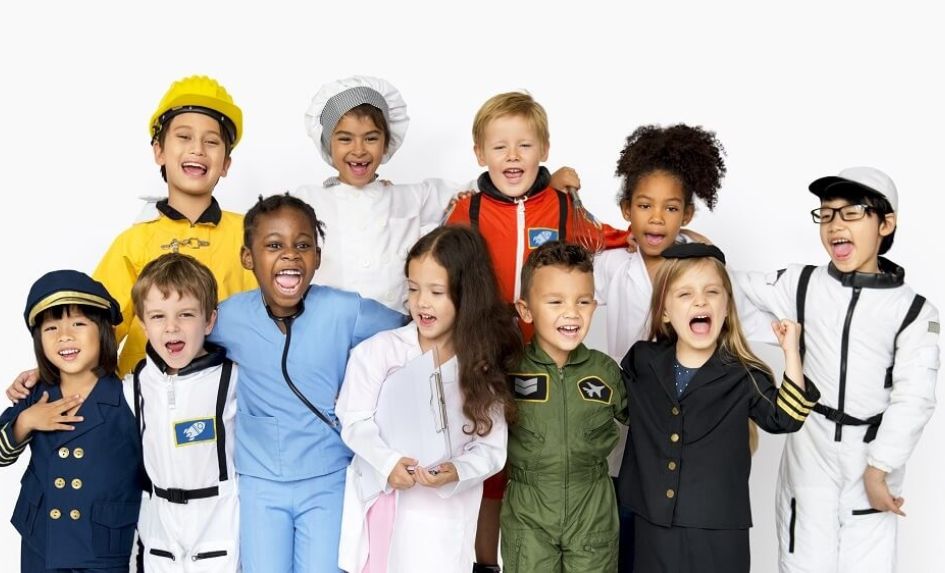 For many pupils in the UK, the arrival into primary school will be their first major opportunity to experience diversity, bringing with it the potential to meet peers, school staff and teachers who represent different backgrounds from their own.

With this in mind, it’s important to consider whether the curriculum we teach represents and reflects the diversity we see in the modern world.

We know that diversity, inclusion and belonging matter. They matter in the literature we consume and the books, poetry and plays we put in front of our young people. The impact of this can last a lifetime. Young people should feel represented in the literature they read and by the authors who write for them.

In March 2021, Pearson released its report, Diversity and Inclusion in Schools, revealing that at a time when a third of all school-age pupils are of minority ethnic backgrounds, four in five UK teachers believe more can be done to celebrate diverse cultures, people and experiences in UK education.

When looking at English and literacy in particular, over a quarter (27 per cent) feel the curriculum isn’t diverse enough. These findings mirror those of CLPE’s (Centre for Literacy in Primary Education) Reflecting Realities report, which was also released last year, highlighting just seven per cent of children’s books published in the last three years featured characters of colour and only five per cent of books had BAME main characters.

If we want to help our pupils recognise, understand and celebrate the UK’s multicultural life – now is the time to integrate those values as they walk through the classroom door.

English teacher and deputy head, Bennie Kara, was a speaker at a Pearson Diversity in Literature webinar last year. She suggested ideas for how we can diversify the curriculum in a meaningful way – not merely as a bolt on. I’ve drawn on some of these ideas for this article, but, as Bennie herself attests, there is space – and a need – for much more to be done.

Bennie Kara said: “It is no longer acceptable to claim your school celebrates diversity because there are posters of black sportspeople in the PE department corridors, or because there is an effort to put in an assembly on black history in October every year.”

There are three key things to consider when thinking about a diverse curriculum, firstly, being an ally. Allyship is the act of supporting someone out of your own personal experience and is a powerful way of creating a cohesive society. When someone feels like they are a minority, it is extremely important to have an ally. As teachers, the act of allyship will come somewhat naturally, through the necessity of being an ally for your pupils.

The next thing to consider is not equality, which was previously what we strove for in British schools, but equity. Equity recognises fundamental differences, then allows and caters for this difference. Bennie believes teachers are more in tune with this notion than one may think, through individually knowing their pupils and recognising their starting points. The goal, therefore, is to build a curriculum that embraces, celebrates, highlights and foregrounds this diversity.

English lessons can be a wonderful way to create both equity and allyship, as books are a fertile area for looking at how the world functions and connects. If we think of literature as a window to the world, an English curriculum lacking in diversity will provide only a single window for pupils to look through. Consider which portals you can open up for your pupils; which characters and storylines you make real for them; how you can foster their empathy.

Thirdly, by weaving in diverse representation early on in the curriculum, we can usualise the presence of different cultures from the very start. And do note my use here of ‘usualising’ rather than ‘normalising’: where normalising suggests there is a standard into which everyone should fit, to usualise is to acclimatise your pupils to what is usual. Let’s throw that concept of ‘normal’ out the window and encourage our kids to accept the myriad ways we all exist together.

Bennie said: “We live in a world that is quite tribal, with a lack of understanding of the other. Schools have a responsibility to build a sense of cultural cohesion, enable students to make informed choices about what they believe in and a responsibility to show them that the world is bigger than just us.”

To help usher in these changes as soon as we can, rather than waiting for change from the top-down, take a look at your existing curriculum and work with it. The ability to add diversity into the everyday life of your pupils is right at your fingertips.

Take a look at the books you’re sharing in your lessons. If you feel they’re lacking a well-rounded view of the world, try to fill those gaps. When thinking up an anecdote to illustrate a point, what names are you using? Is it Mike over Mohan? Charlotte over Chen? If we only ever signpost characters that are centred in white Western Europe, we’re implicitly implying that this is all that matters and all that is important.

When looking at historic events with your class, consider which viewpoint you’re focusing on. If you’re introducing your pupils to World War Two, for example, why not include accounts of Asian soldiers who served in the allied forces? From the get-go, you can show the next generation how people with different skin colours, religions and cultures made this country what it is.

The lens through which you direct your pupils’ attention can also encapsulate great diversity. Consider how stereotypes of good and evil are often attached to women, for instance just think of the witches in The Wizard of Oz!

Challenge misconceptions and prejudices with books such as Zanib Mian’s Planet Omar, Accidental Trouble Magnet or Sharna Jackson’s High Rise Mystery which follows two young Black British girls investigating a crime that their father has been wrongfully accused of committing.

Norry’s Son of the Circus: A Victorian story is another great read for primary pupils, a historical fiction story looking at Victorian life but through the perspective of a young mixed heritage boy.

Lastly, consider what’s on your classroom walls; what your pupils are seeing day by day. What colour and gender are the toys they play with? Which faces are looking down at them? What words and phrases are being used? What music can they hear? Does the environment you’re creating represent the wider world?

This article would be failing you if it failed to recognise the heavy workload that already exists in our primaries. You have a responsibility to build the best subject knowledge around your topics that you can.

But you also – no doubt – have very little spare time. So, make the work more manageable where you can. Teach yourself about diversity with extracts, not whole texts. Retrain your mindset to always leave space for different experiences, abilities, faces and sexualities.

Ask questions of yourself, as well as your pupils. Learn to look out, and listen for, hidden voices.

Most importantly of all, don’t be nervous about getting it wrong. If you want to be more representative, but fear causing offence, ask someone for their advice – a colleague, perhaps, or someone in your wider circle.

If you find you have got something wrong, apologise and explain why. You may well have a lack of knowledge – one that your own primary teachers didn’t take time to address – but that shouldn’t be something that stops you from going through this crucial process.

By working on your own understanding, you will quickly make a difference to those around you. And if you want to go a step further? Create resources, pick images and non-fiction articles and send these out to departments – drip feed them, say what we can do and expand your sphere of influence as a teacher.

Quite often diversity is misunderstood, and others think we have to completely change our entire school system to incorporate it. Instead, true representation can be achieved in small but mighty ways. You have that power.

Injecting diversity into your English lessons

Sophie Thompson is Head of Primary and Extended Curriculum at Pearson. For further information on the importance of diversifying the Primary curriculum, visit go.pearson.com/Diversity.