How CPD, Vision and Modelling set Broadford Primary School on the Road Back from Special Measures 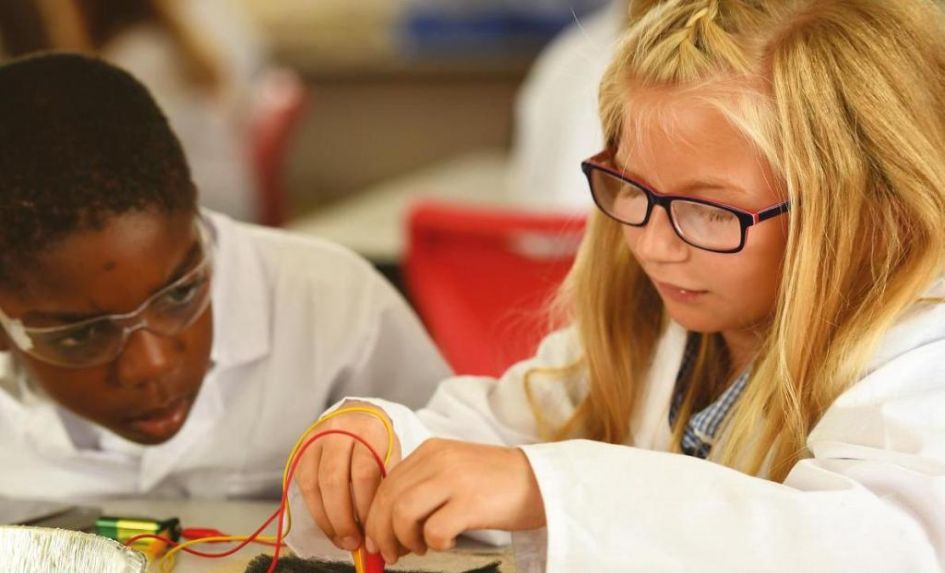 I was appointed as headteacher of Broadford Primary School in September 2011, after the school had been placed in special measures in October the previous year. One of main issues identified was that only 53% of our pupils were leaving at the expected level of reading, writing and maths at the end of Key Stage 2, when the national average at the time was nearer 85%. Progress measures further showed that they hadn’t been making progress, even though they were coming in from very low starting points.

It was really a case of needing to improve the quality of teaching, and ensuring that it became much better. The reason it wasn’t sufficiently good was because teacher subject knowledge was low, ranging from incorrect understanding of correct grammatical terms, to lack of knowledge regarding specific types of scientific understanding and an inability to explain certain mathematical concepts. This was rooted in a lack of training from the previous leadership team; it wasn’t really the fault of the teachers.

Our response involved putting in place a rigorous programme of CPD, so that staff could be fully equipped to deliver high quality lessons to the children. We found that teachers simply weren’t confident using particular strategies, and that there were very few schemes of work in place. What was happening in one class was different from what was happening next door, and there was no cohesion between year groups.

There was also no clear progression laid out for the teachers, so that they could easily see what was supposed to happen in year 1, how that would lead to different understanding in year 2 and ultimately secure understanding by the time the children left in year 6. The roadmap wasn’t there. It was simply down to teachers to determine for themselves what they were teaching, when and how. That made things very inconsistent, and from the children’s point of view, quite confusing.

There were some obstacles in the beginning. Having identified the issue as centring around a lack of CPD, little modelling from leadership and no clear vision, we initially gave teachers the benefit of the doubt and started providing them with that. We then had some questions to ask over whether the staff we had actually possessed the capacity to react to that training and improve their lessons accordingly. In some cases they weren’t able to and had to move on, which slowed down our initial progression.

The process required spending a fair amount of time with our teachers, working with them, providing training and identifying any personal issues that were limiting improvements to their quality of provision. Doing something about it was always going to require time.

When I was appointed, I was the only real member of the SLT – there was no deputy or extended leadership team. We were, however, lucky to have a very supportive HMI, who allowed us to recruit NQTs despite being in special measures, which enabled us to replace staff after some left.

We then looked at how we could provide our staff with schemes of work, alongside a high quality CPD programme, additional resources and ongoing support, so that they could upskill themselves and quickly become more confident in their classroom practice. We were looking for frameworks that would enable them to concentrate first and foremost on simply delivering a great lesson. We found that in the first instance with Read Write Inc, which significantly improved the quality of our early literacy teaching.

We then built on that and developed it into a literacy scheme that ran across Key Stage 2, and proceeded to do something similar with maths. Throughout, we examined the impact that we were seeing and considered what we’d need if we were to achieve the same level of success in science. In the end, our teachers required the same things – a cohesive scheme of work across Y1 to Y6, accompanied by high quality CPD that explained the concepts within it.

The approach we’ve taken is a holistic one. You need to have a curriculum that excites your pupils from the moment they walk through the door. They’ve got to want to come to school each day. They got to be looking forward to the lessons they’re going to have, and know that they’re going to have fantastic experiences each and every day.

Many of our children come from a deprived background. School is going to be the place where they get those experiences, and where knowledge for them can be imparted. You want to make sure they have science lessons that leave them thinking ‘wow’; that they’ll have amazing English lessons that are very well taught and well structured.

In 2011 53% of our children left at the expected level. Within three years, 100% of our children were leaving at the expected level. When the new standards for KS2 were released in 2016, the national standard then was 53%. Broadford retained its level at 80%. In 2017, when the national level was 61%, Broadford was still at 80%, so we’ve managed to maintain high outcomes.

We now have quite high levels of staff mobility, because of positive stories where staff have begun their training year with us, become an NQT and two years later been promoted to a leadership role. We’re proud of that, but it means we keep having new staff join us while we’re rapidly expanding as a school. We had 274 children in 2011, and we’re up to 620 now.

We have higher levels of achievement, and more pupils getting those higher scores, because of the interest they now have in the curriculum, the challenge they receive and the fact that across all aspects of our curriculum provision, the teachers now have very good subject knowledge, supported by good CPD that ensures they have the skills they need to give amazing lessons.

The appliance of science

We were looking for a science scheme of work that we felt was challenging enough for our high expectations, which had resources to go with it and CPD to ensure our teachers were confident in their subject knowledge and able to extend the children’s understanding. Empribox was the only option we found that could deliver all three.

The Empiribox curriculum and resources are based around the notion that the children will be working in pairs and very active during the lesson, which we’ve found has dramatically improved their engagement with, and enjoyment of science.

It also gives us access to some expensive equipment that we might only need for occasional lessons – such as a Van de Graaff generator, which might be used once to prove a point, and then stay in a store cupboard. The Empiribox scheme delivers equipment like that when you need it and collects it if you don’t.